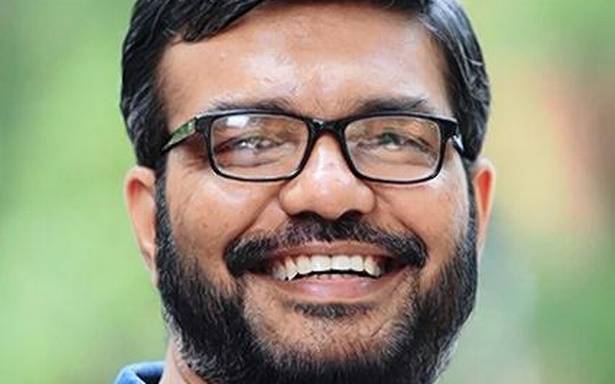 He polled 96 votes defeating P. C. Vishnunath of the Congress who got 40 votes

Mr. Rajesh defeated United Democratic Front (UDF) and Congress legislator P. C. Vishnunath, elected from Kundara in Kollam, in the elections held in the House. Pro-Tem Speaker P. T. A. Rahim, who was in the Chair and conducted the proceedings, informed the House that Mr. Rajesh bagged 96 votes and Mr. Vishnunath got 40 votes.

Of the 140 seats in the Legislative Assembly, the CPI(M)-led LDF has 99 legislators and the Congress-led UDF 41.

Later, the new Assembly Speaker was escorted to the Chair by the Leader of the House and Chief Minister Pinarayi Vijayan and

Leader of Opposition V. D. Satheesan to assume charge. Mr. Vijayan, Mr. Satheesan and other leaders of the political parties offered felicitations to the new Speaker.

The polling began as soon as the House commenced at 9 a.m. Two polling booths were set up in behind the Speaker’s chair in the podium to expedite the voting and the ballot box was kept near the Chair. The legislators were called row wise starting from Chief Minister Pinarayi Vijayan. The polling, conducted as per COVID protocol, was over by 9.50 a.m.

Mr. Rajesh succeeds P. Sreeramakrishnan who was Speaker of the 14th Kerala Legislative Assembly. Mr. Rajesh, an advocate by profession, was a Member of Parliament for two consecutive terms representing Palakkad. He did his graduation in Law from the University of Kerala and M.A in Economics from the NSS College, Ottapalam. The 50-year-old, a State Committee Member of the CPI(M), was elected to the Assembly for the first time and will be the 23rd Assembly Speaker.