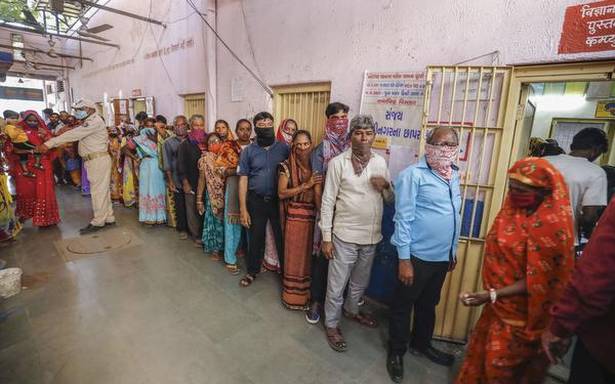 Fear of pandemic appears to be the major deterrent factor

Of the 1.14 crore registered voters in the six municipal corporations that went to the polls, 47.25 lakh turned up — just 41.2%. Fear of the pandemic appears to be the major factor behind the lower than expected turnout.

All the six civic bodies are being run by the BJP, which completely dominates the urban areas. Though it is expected to retain its hold on the civic bodies, the lower turnout may throw surprises in certain pockets.

Results will be declared on February 23.

The second phase of polling for 31 district panchayats, 81 municipalities and 231 taluka panchayats will be held on February 27. The results will be declared on March 2.

The polls were scheduled to be held in November but were postponed in the wake of the pandemic.