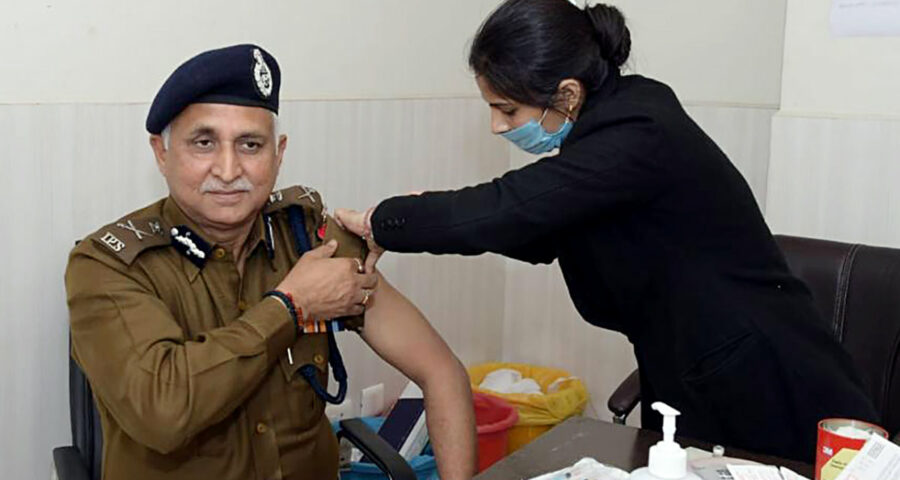 Two weeks after the vaccination programme started, about 37 per cent of the targeted 10 million healthcare professionals had received the first shot.
This slow rate may prompt the government to allow vaccines in the private market sooner, to use up the doses before they expire, Sohini Das reports.

With a low turnout for vaccination so far, the government is planning to open up vaccination to the private market by March or April, according to sources.

To boost the rate of vaccination, ‘the government is actively considering allowing vaccines to be available in the private market sooner than planned’, said a source in the know.

The person added that vaccines have a shelf life of six months, according to the approval granted by the Drugs Controller General of India (DCGI) based on the stability data available so far.

“Serum Institute had around 100 million doses of the vaccine (Covishield) ready in January.

“While India is also shipping out these vaccines to strategic neighbours, the stock needs to be used up before the doses expire,” said the person.

Serum Institute of India and Bharat Biotech declined to comment on the matter.

The two approved vaccines — Covishield and Covaxin — from these firms are being supplied to the government for the nationwide vaccination drive.

As on January 30, two weeks after the vaccination programme started for healthcare workers, about 37 per cent (3,706,157) of the targeted 10 million healthcare professionals had received the first shot, according to health ministry data.

The health secretary, meanwhile, met representatives of states and urged them to improve the rate of vaccination.

Some states and Union territories have more than 50 per cent coverage.

However, a few states have lower coverage.

This slow rate of vaccination may prompt the government to allow vaccines in the private market sooner.

A vaccine maker, who did not wish to be named, said that the finance minister has sanctioned Rs 35,000 crore for vaccination going by the low rate.

“The funds would be enough to vaccinate 40 per cent of the government target of 300 million people, including healthcare workers, frontline workers, and vulnerable people with co-morbidities,” the source said.