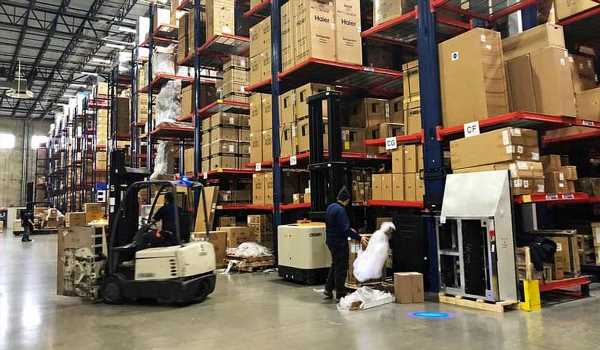 Most players are looking to invest anywhere between $500 million and $1 billion in new ventures in the next couple of years, said experts on this segment.

Some of the world’s largest logistics players and private equity fund managers are foraying into Indian industrial and logistics spaces in the country which has a total stock of about 350 million square feet (msf).

Most players are looking to invest anywhere between $500 million and $1 billion in new ventures in the next couple of years, said experts on this segment.

Prologis, the largest warehouse owner in the world, has brought in Vineet Sekhsaria, former executive director and head at Morgan Stanley Real Estate Investing India, as head of its India operations.

Prologis owned or had investments in properties and development projects spread about 1 billion square feet in 19 countries as of September last year.

According to sources, Prologis has drawn up huge plans for the Indian market and plans to build large warehouses near major industrial and commercial centres of the county.

When contacted, a spokesperson for Prologis said: “Prologis is always thinking about ways to grow its business and India is on its way to becoming an important logistics market. As a leading global company, we consistently position ourselves to take advantage of emerging opportunities, including exploring new markets.”

Alta Capital set up by Siddhartha Gupta, a former managing director at US-based fund manager Blackstone, is also evaluating two or three platform-level deals in the industrial and warehousing space.

Alta Capital has a managed account with a Singapore-based fund.

Alta Capital did a platform deal with warehousing developer Pragati last year wherein it spent $50 million and is looking to deploy $150 million more.

“With a population of 25.9 million, Australia has 750 msf of Grade A stock. India has Grade A and B stock of about 350 msf in the top eight cities,” said Gupta.

The overall industrial and warehousing space stock in tier I cities stood at 300 msf at the end of 2022 and is expected to reach 342 msf in 2023.

Meanwhile, vacancy levels in tier I cities have decreased from 9.4 per cent in 2021 to 9 per cent in 2022 and the yields remained stable across the cities in 2022, said property consultant Savills India.

The industrial property, housed in the 160-acre K Square Integrated Industrial Park and spread over nine acres, was bought from Prakhhyat Group.

Panattoni, one of the world’s largest industrial property developers, marked its debut in Asia by opening its first operational headquarters (HQs) in India, located in Bengaluru, last year.

Panattoni India introduced its ‘open book’ transparent business model of partnering global institutional investors to facilitate the deployment of capital in direct investments in the fast-expanding Indian industrial and warehouse market, said Chanda, adding, “our focus is to grow in the top eight Indian cities, and we aim to launch our first two to three projects by the end of 2023, involving an initial investment of $200 million (Euro 193 million)”.

He said the second phase of expansion in tier II markets would follow.

“The opening of our Bengaluru HQs was preceded by our first India office in Mumbai. There are also plans to set up an office in Delhi to reinforce Panattoni’s presence in major metropolitan centres,” he added.

Shobhit Agarwal, MD at Anarock Capital, said, “Due to an increase in demand, Grade A warehousing assets will witness anywhere between 15 per cent and 20 per cent of annual growth over the next three to four years.”

“After the Covid-19 pandemic, the Indian warehousing industry has gone from being a sunrise sector to a full-blown supernova. Underpinning its tremendous growth potential in the future is rapidly rising demand from third-party logistics and e-commerce companies, and across sectors like retail, fast-moving consumer goods, manufacturing, and electronics,” he said.