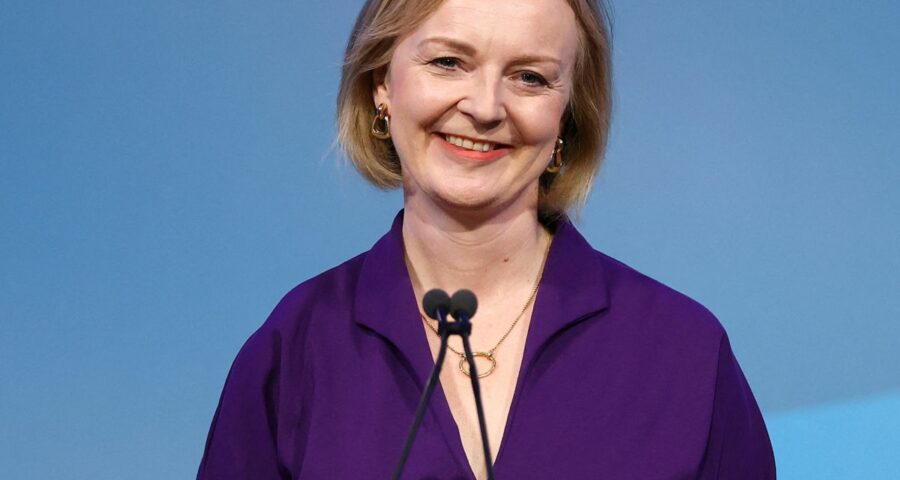 The 47-year-old senior cabinet minister was widely expected to become the third female British Prime Minister after 170,000 online and postal votes cast by Tory members, ending Sunak’s historic run as the first member of Parliament of Indian heritage to compete for the top job at 10 Downing Street.

Truss — the third female Prime Minister in Britain after Margaret Thatcher and Theresa May — said the campaign was ‘hard-fought’ and showed ‘the depth and breadth of talent’ in the party.

She said she has a ‘bold plan’ to cut taxes and grow the UK economy.

‘I am honoured to be elected Leader of the Conservative Party. Thank you for putting your trust in me to lead and deliver for our great country. I will take bold action to get all of us through these tough times, grow our economy, and unleash the United Kingdom’s potential,’ she said in a tweet.

The result was formally announced by the returning officer of the leadership contest and chair of the Conservative Party’s powerful 1922 Committee of backbench MPs, Sir Graham Brady, at the Queen Elizabeth II Centre near Downing Street in London.

However, for pollsters, political analysts and media outlets it came as little surprise as Truss had been the frontrunner to beat 42-year-old Sunak in pre-poll surveys and bookmaker odds on the race.

A combination of the Tory membership base’s lingering loyalty towards outgoing Prime Minister Johnson, whom they see as being betrayed by former close ally Sunak, and Truss’ pledge to cut taxes are among the key factors behind the British Indian MP failing to clinch the race.

While the over 1.5-million-strong Indian diaspora stood firmly behind the UK-born MP for Richmond in Yorkshire, other sections of the Conservative Party including those who trace their roots to other parts of the sub-continent were expected to be more divided.

Truss’ campaign pledge to reverse Sunak’s tax hike plans while he was Chancellor to tackle the cost-of-living crisis facing the country seems to have worked in favour.

While Sunak’s approach of wanting to focus on fighting soaring inflation and using targeted measures to offer support to those most in need did connect with audiences at the nearly dozen party hustings, that clearly wasn’t enough to turn the tide in his favour.

Now elected party leader, it won’t be until Tuesday afternoon that Truss can formally lay claim to her new office at 10 Downing Street — after predecessor Johnson hands in his formal resignation to the Queen at Balmoral Castle in Scotland.

It will be followed soon after by Truss’ first audience as PM-elect with the 96-year-old monarch, after which she will be flown back to London to begin announcing her new Cabinet top team.