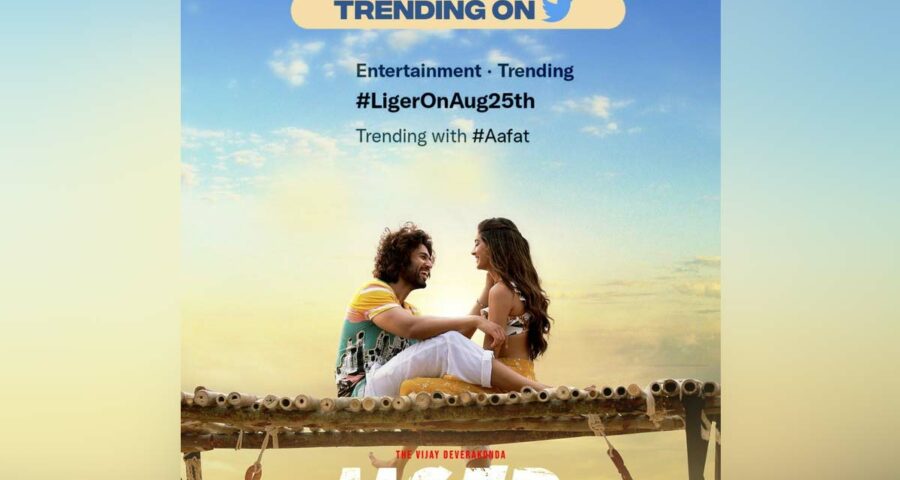 Vijay Deverakonda and the team of liger are busy in the promotional activities.   The team is in full swing and a new song named Aafat was released today morning which has now gone viral in no time. It has clocked one million views already and currently it is trending on Twitter India.

The song Aafat has been composed by Tanishk Bagchi,  the lyrics are written by Rashmi Virag, and crooned  by Tanishk and Zahrah Khan. The music video also makes for an interesting visual with some crazy camerawork in place as Vijay  Deverakonda and Ananya Panday groove on the beach and the rocks, get romantic in a small cave. The song is about love, affection and madness.

Liger, helmed by  Puri Jagannadh, will hit the theatres on 25th August. The pan-India project will be released in Hindi, Telugu, Tamil, Malayalam and Kannada. The movie Liger  also stars boxing legend, Mike Tyson, in a crucial role.  The much hyped sport based drama is bankrolled by Karan Johar’s Dharma Productions and Puri Jagannadh’s Puri Connects.