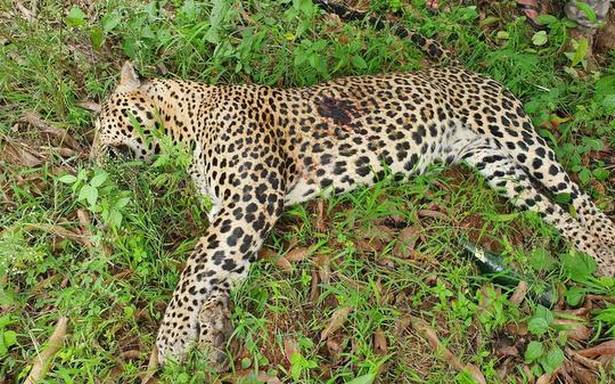 A leopard was found dead in a mango orchard in Hosadoddi village, Ramanagara district, on Wednesday evening.

V. Devaraju, Deputy Conservator of Forests, Ramanagara district, said the animal was a male of around five years of age. “It seems to have been shot at from a very close range in its stomach. There is only one bullet injury, with both entry and exit wounds,” he said.

The mango orchard, where the leopard was found dead, is less than 500 metres away from Tenginakallu forest area, and leopard sightings are common in the area, sources said.

“There have been no recent reports of leopards preying on cattle in the surrounding villages,” Mr. Devaraju said.

The Forest Department has registered a case under the Wildlife (Protection) Act, 1972, and is probing the case.