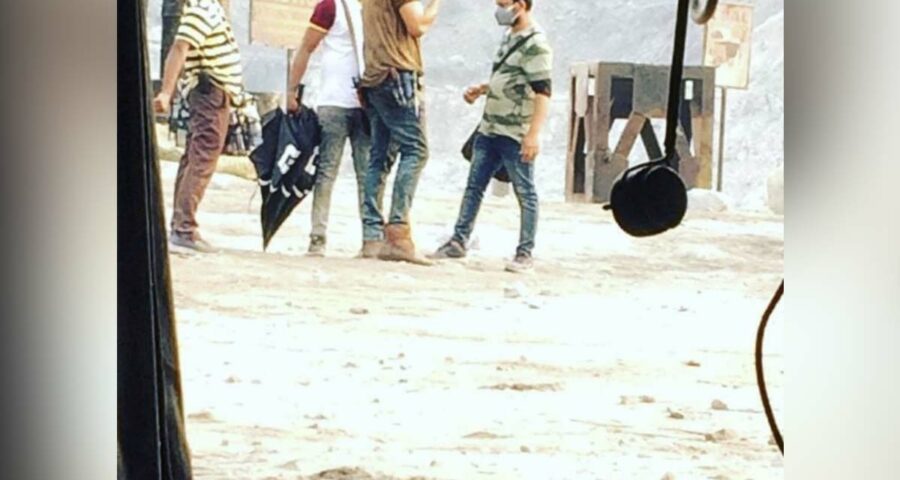 Prabhas, who is termed as Young Rebel star  is on a high as he has a couple of big-budget movies in his kitty. His collaboration with most happening filmmaker Prashanth Neel of KGF fame for their upcoming biggie Salaar is keenly anticipated. A leaked still  from the sets of Salaar  is making the rounds on the internet  that features Prabhas. The shoot of Prashanth Neel’ magnum opus will resume from May first week.

Though the makers of Salaar have not come out against this leak, it is being heard  that they are quite disappointed about it. To leak pics from the sets is not legitimate, as it might kill the anticipation. It is not a new thing that scenes from the shooting sets are being recorded.  In the leaked still, the pan-Indian star is spotted in a rugged avatar with a beard.  The pic is currently trending as fans are sharing across it on social media platforms.

Salaar is touted to be an underworld action drama and it has Krack fame  Shruti Haasan as the leading lady.  The movie will feature Prabhas in a dark, violent role and he is working out to build muscle and acquire a beefed up look to fit the bill.