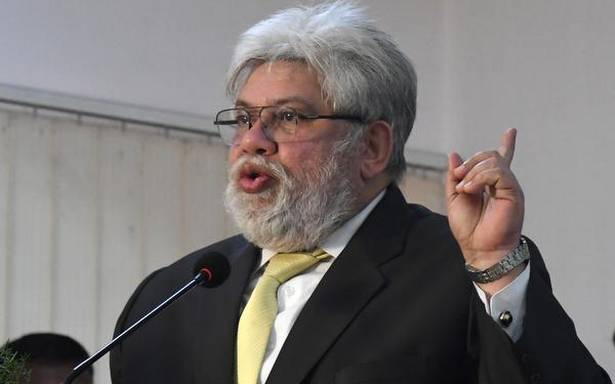 “The instant transfer would quell any such efforts to strengthen the judiciary in the State… We request that the collegium may reconsider, in public interest, its decision,” the representation, signed by over 200 lawyers, said

Over 200 lawyers have made a common representation to the Supreme Court collegium urging it to reconsider its recommendation to transfer Madras High Court Chief Justice Sanjib Banerjee to the High Court of Meghalaya.

In their representation, the lawyers stated that the transfer of the Chief Justice from a chartered High Court, with a sanctioned strength of 75 judges, to a High Court with current strength of just two judges raises disconcerting questions.

They insisted upon their right to know why a “competent and fearless judge and an efficient administrator” of a High Court where more than 35,000 cases were filed in a year should be transferred to a court where only 70 to 75 cases get filed a month.

“It is well known in legal circles in Tamil Nadu that in order to ensure a totally free and independent judiciary, inquires were afoot under the tenure of Chief Justice Banerjee to check corruption in the judiciary. His intolerance for corruption and inefficiency is well known and widely appreciated.

“The instant transfer would quell any such efforts to strengthen the judiciary in the State… We request that the collegium may reconsider, in public interest, its decision to transfer Mr. Justice Banerjee to Meghalaya High Court,” the representation read.

The signatories also recalled a number of orders passed by the Chief Justice against the establishment and asked whether he was being victimised for his fearless actions since the reasons for the recommendation had not been disclosed by the collegium.