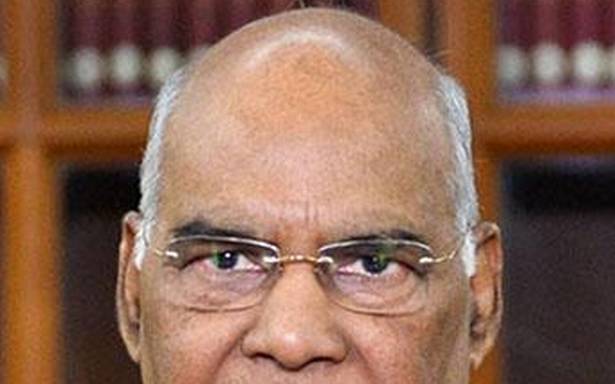 Farmers were run over allegedly by vehicles in the convoy of Minister of State for Home Affairs Ajay Kumar Mishra in Uttar Pradesh on Sunday.

The Samyukt Kisan Morcha (SKM) has written to President Ram Nath Kovind demanding action against the killing of farmers at Lakhmipur Kheri in Uttar Pradesh on Sunday afternoon, allegedly by being run over by vehicles in a Union Minister’s convoy. Farm unions protesting in front of district collectors offices in various parts of the country on Monday, between 10 a.m. and 1 p.m., were expected to submit copies of this letter to the President via district officials.

The SKM’s demands were outlined in the letter, calling for Minister of State for Home Affairs Ajay Kumar Mishra be immediately dismissed from his post and a case filed against him for inciting violence and spreading communal hatred. It urged that Mr. Mishra’s son and others associated with the attack be booked under Section 302 (murder) and arrested immediately, and that the investigation be carried out by a Special Investigation Team under the supervision of the Supreme Court.

The letter alleged that the involvement of Mr. Mishra’s son and his associates in the “murderous attack” showed a “deep conspiracy of Uttar Pradesh and Central governments”. It pointed to earlier “inflammatory and derogatory speeches” against farmers by Mr. Mishra, as well as statements by Haryana Chief Minister Manohar Lal Khattar inciting party workers to take up lathis against farmers, and claimed that this was the context in which the Lakhimpur Kheri incident took place. The SKM has also called for Mr. Khattar to be sacked.

“It is clear from these incidents that these persons sitting in constitutional posts are using their positions for planned violence against ‘annadatas’ doing peaceful agitation. This is a crime as per the laws of the country, against the Constitution and the country,” said the letter.