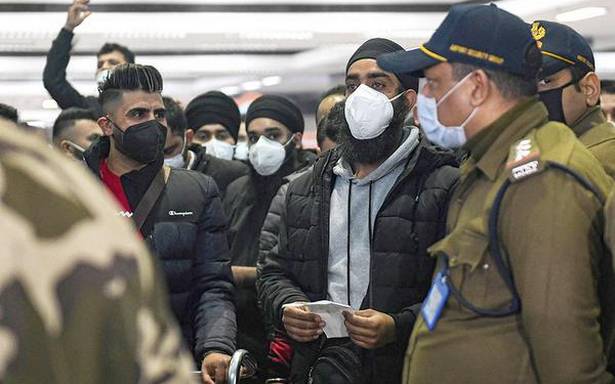 After 250 passengers on two flights from Italy tested positive for COVID-19 on arrival at Amritsar last week, the pathology laboratory providing services at the airport is under scanner.

SpiceHealth, a healthcare company launched by the promoters of SpiceJet, has been barred by the Amritsar airport from conducting tests “for a few days” and another agency has been contracted to provide these services.

“It was decided on Friday evening that their machines will not be utilised after they reported inconsistencies in 75 test reports. SpiceHealth will carry out technical investigations and share their reports with us after which we will decide the future course of action,” V.K. Seth, Airport Director of Guru Ram Nath Jee International airport told The Hindu.

The official said that the agency appointed in the interim has also run out of testing kits and the airport was in touch with the State health officials to appoint another company from Tuesday.

“In view of the alarmingly high positivity rate of passengers arriving on a flight from Italy, we have decided to conduct a detailed technical investigation and decontamination,” a SpiceHealth spokesperson said in response to a query. It added that it continues to conduct tests at the departure terminal, and that its services had been suspended only at the arrival terminal.

SpiceHealth launched its mobile testing laboratory at Amritsar airport in November 2021 after being awarded a work order by the Airports Authority of India to conduct Rapid PCR testing.