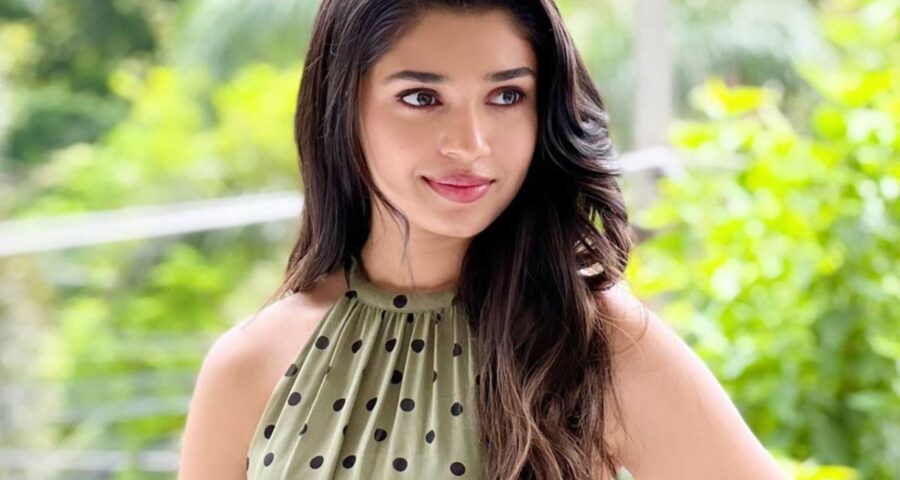 Krithi Shetty who is best known for playing the female leads in Uppena, Shyam Singha Roy and Bangarraju, is now coming up with an action drama The Warrior in which she will be seen sharing the screen space with the young and energetic actor Ram Pothineni.

The Warriorr is one of the most awaited films in Telugu and Tamil in which  Ram Pothineni is playing a cop. This is the first time, he is making his screen presence in the role of a police officer.   The upcoming film marks  Krithi Shetty’ debut in Kollywood. The makers have started the promotional activities and recently during the media interaction,  Krithi Shetty spoke about Mega power Star Ram Charan and Telugu Superstar Mahesh Babu.

Krithi Shetty revealed that she finds Ram Charan super cute and Mahesh Babu very handsome. According to her, she is waiting for a chance to work with these stars in coming days.

In this film The Warriorr she is playing an RJ called Whistle Mahalakshmi who is a girl next door. She is modern and is yet simple in her approach.

When Krithi Shetty was asked about her upcoming projects, to which she said: I have signed  Naga Chaitanya starrer  film with Venkat Prabhu and have also okayed a biggie with Suriya sir which I am excited about.