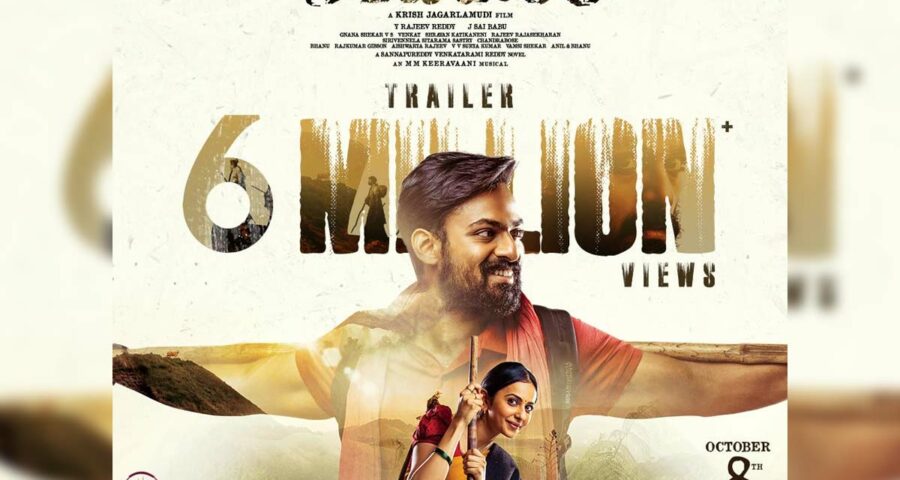 Konda Polam is an upcoming Telugu film which has Panja Vaisshnav Tej and  Rakul Preet Singh in the lead roles.  The village based drama is directed by Krish and is produced by Y Rajeev Reddy and J Sai Babu under First Frame Entertainments whereas the music is composed by MM Keeravani.

Apart from the lead pair, the film also has  Nazar, Kota Srinivasa Rao in the crucial roles. On Monday, the makers  launched the trailer of this Telugu film Konda Polam  which is trending no 1. Now according to the latest report, Konda Polam trailer has crossed 6 millions views on twitter.

The trailer of Konda Polam hints  about  the story of an educated youth, who fails to make it big in the corporate world. He searches for a job in the city but gets rejected every time. Later he  returns to his native place where he picks up his family’s sheep farming business and embarks on a journey full of challenges.  The people have liked the trailer with many praising the visuals and background music.

One of the netizen named Mukesh said: Extraordinary visuals. Brilliant writing. Goosebumping music. Something is hidden in this. Eagerly waiting to watch #kondapolam All the best to the team. Another netizen Samtalu said: what a visuals I have never seen any visual like this before, exactly looks like human like expressions with little while bite.