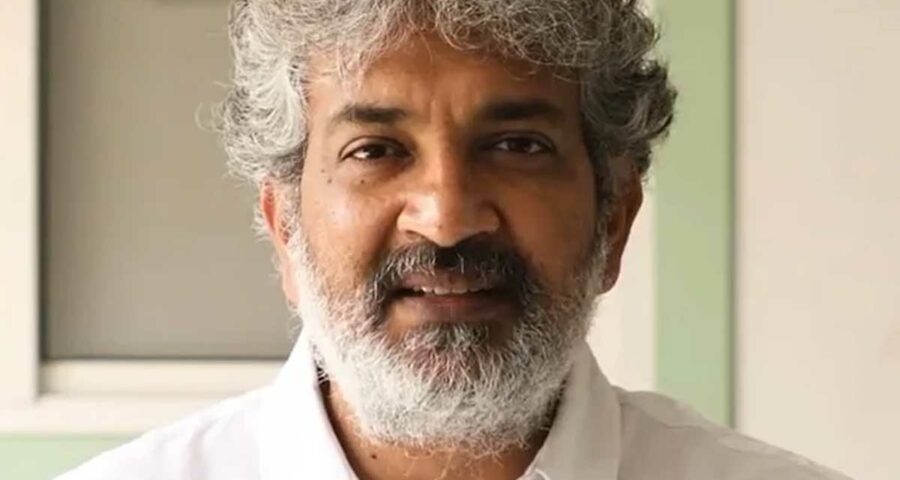 The creative and talented film maker Ramamouli and his wife  Rama visited the  in in Kumuram Bheem Asifabad district and watched the recently released Pan India big budget movie  RRR  in which mega Power Star Ram Charan and Jr NTR are playing the lead roles. This low-cost air balloon theater was set up jointly by the Picture Time Organisation and local SHGs. District assistant Collector Varun Reddy, Adivasi legendary Kumuram Bheem’ grandson Kumuram Sonerao and other officials welcomed Rajamouli and his wife in the theater.

After watching  his magnum opus RRR, SS Rajamouli  revealed that he  was very happy to watch the RRR movie in the air-balloon theater which is set up by the local  ladies groups and named after Kumuram Bheem.

According to Rajamouli, he heard about this theaters  through media and  decided to watch the movie RRR her. Not only this Baahubali film maker also praised the efforts of the persons behind it.

Currently the team of RRR is enjoying the success of the film as it has already joined the club of Rs 1000 Cr at the box office. Bankrolled by DVV Danayya, the movie also has Alia Bhatt, Ajay Devgn, Olivia Morris and others in the supporting roles.