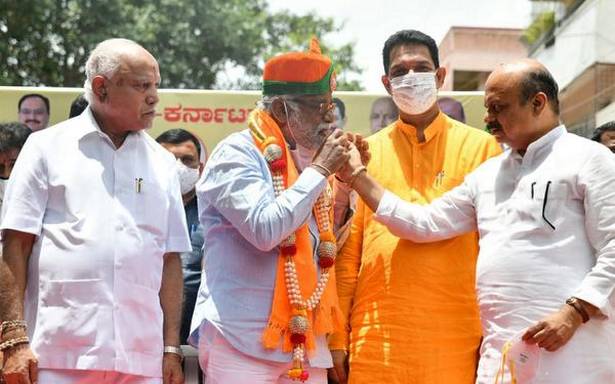 Mudigere MLA says JD(S) and Congress did not show interest in N. Mahesh

“The Bahujan Samaj Party (BSP) expelled him, and both JD(S) and Congress did not show interest in taking him. Now, he has joined the BJP,” Mr. Kumaraswamy told journalists in Chikkamagaluru on August 24.

The BJP MLA commented that Mahesh had ridiculed Hindu religion and termed it ‘Manu Dharma’. “Yet, the BJP inducted him into the party. However, I don’t think he would be given a ministerial berth,” he said.