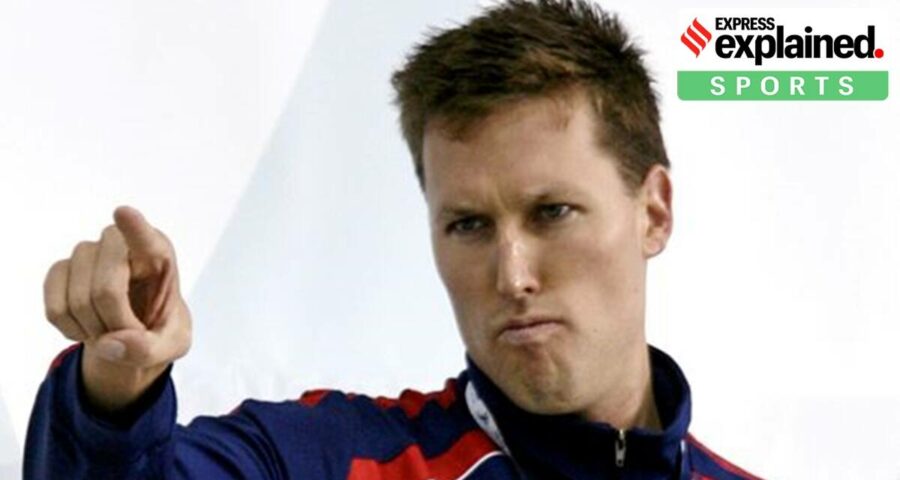 On January 6, when a mob of US President Donald Trump supporters approached the US Capitol to stop the formalisation of President-elect Joe Biden’s win at the recent elections, Keller was clearly identified among the rioters, by former teammates and coaches. 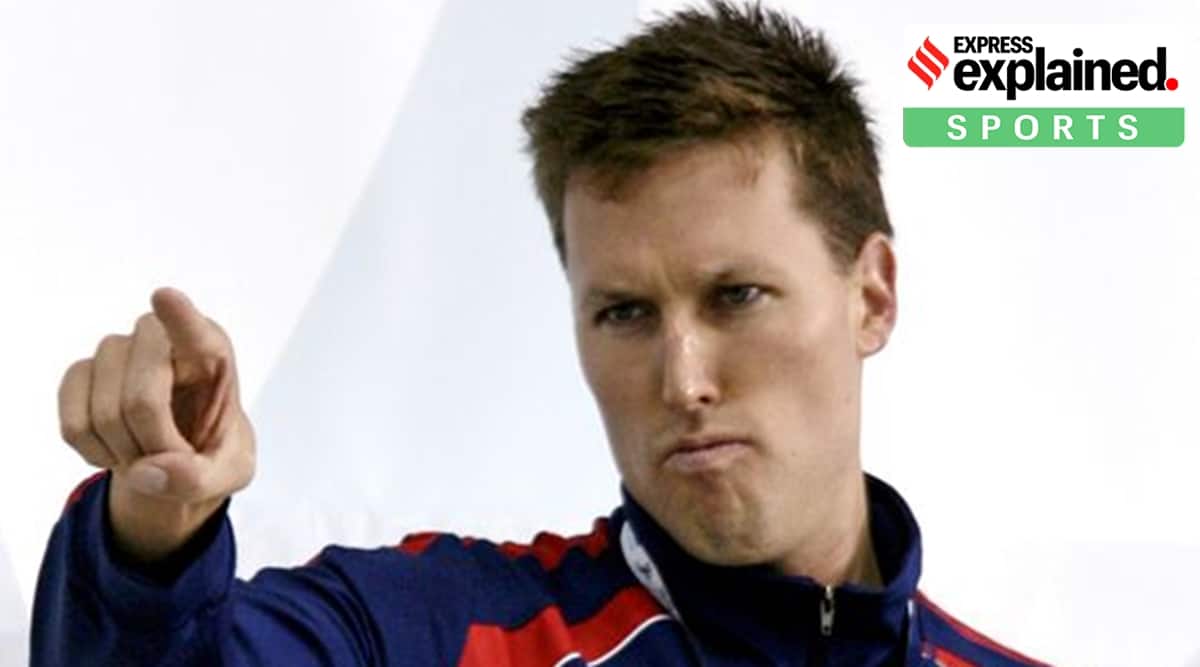 A video on YouTube joyfully celebrates Klete Keller’s greatest Olympic achievement. It’s a replay of the swimming 4×200 metre relay event from the 2004 Athens Games. Keller, the anchor in the American line-up had the unenviable and seemingly unassailable task of keeping the in-form Ian Thorpe at bay.

By the time Keller dove in, the Americans had a decent gap but Thorpe closed-in immediately. At the 800m mark, the Australians, who had not lost the event in the previous seven years, were expected to retain the crown from Sydney 2000. But Keller held on, giving the US a 0.13 second win.

That was Keller’s first Olympic gold – he’d be a part of the American team that won gold at the same race four years later in Beijing as well.

Of late though, there’s another video on social media that has been doing the rounds.

On January 6, when a mob of US President Donald Trump supporters approached the US Capitol to stop the formalisation of President-elect Joe Biden’s win at the recent elections, Keller was clearly identified among the rioters, by former teammates and coaches. 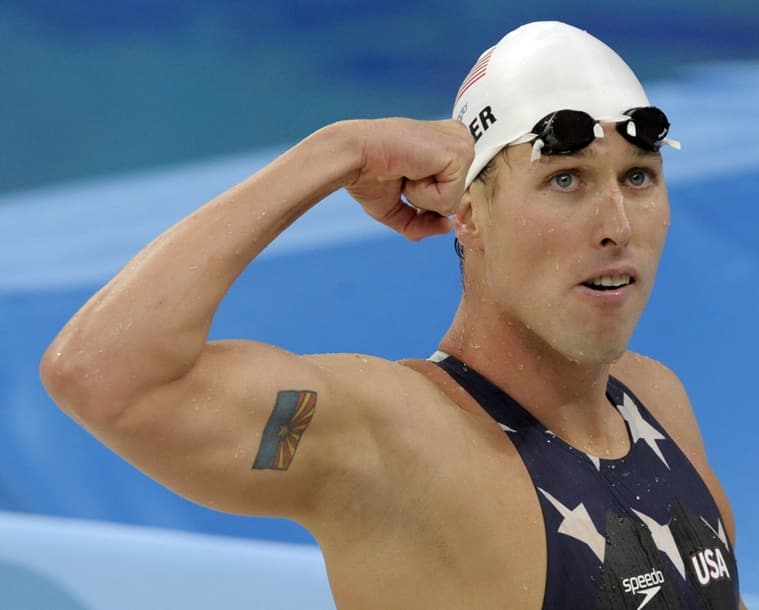 It marked another fall from grace for the former athlete who had achieved the pinnacle of sport – he has won five Olympic medals (two gold, a silver and two bronze). He had lost his job and marriage after he retired from the sport, and just as he was looking to get back to his feet, he now faces arrest.

During the riots, Trump supporters stormed the US Capitol by breaking through police barriers. The chaos has resulted in the death of five people, including a police officer.

Subsequently, Keller, as reported by ESPN, has been charged with obstructing law enforcement, knowingly entering and/or remaining in a restricted building or grounds without permission, disorderly conduct and violent entry. 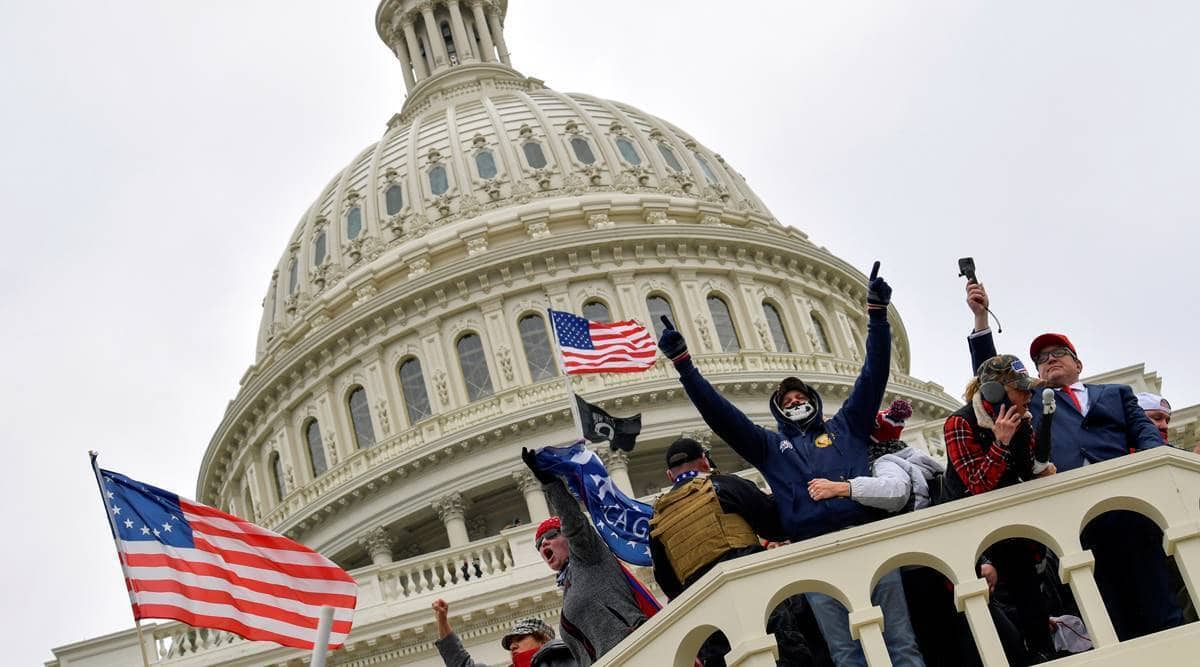 Based on the former swimmer’s social media posts (he has deleted all his social media accounts), the 38-year-old seems like a keen Trump supporter. Though the number of people in the mob is still unconfirmed, Keller was relatively easy to recognise. For starters, his towering 6-foot-6 frame helped him stand out, he did not wear a mask to cover his face despite the ongoing pandemic, and he wore a US team Olympic jacket with the words ‘USA’ clearly emblazoned on the back.

In a statement on Wednesday, as reported by The Guardian, US Olympic and Paralympic Committee CEO Sarah Hirshland claimed: “As many of you know, there are reports of an alumni Olympic athlete involved in the horrific acts at the US Capitol building last week. I strongly condemn the actions of the rioters at the US Capitol. They do not represent the values of the United States of America or of Team USA.”

Apart from his attire and tall frame, Keller’s was a relatively recognisable face. After all, he is a celebrated Olympian.

In Beijing 2008, he was a part of the American team that won gold again in the relay event.

Apart from his Olympic success, he is a five-time World Championship medallist as well – winning two golds, a silver and two bronze medals.

He’s also the former holder of the national record in the 400 m freestyle, and former world record holder in the 4x200m freestyle relay event.

When he retired from the sport after the 2008 Beijing Olympics, Keller struggled to adjust to life outside the swimming pool. He had taken up “many” sales positions post-retirement.

“It was very frustrating. In a sense, it’s a smaller level, less exposure, because there aren’t a billion people watching like at the Olympics. The stakes seem much lower. So the pressure is nowhere near what I faced at the Olympics,” he said during an Olympic Channel Podcast.

“But at the same time, the real-world pressure was much more intimidating and difficult to deal with. I went from swimming to having three kids and a wife within a year. The consequences of not succeeding were very real. If I didn’t make a sale or if the manager was ticked off at me, or if I got fired, you got no health insurance… There’s other people, blood-related, that are counting on you. All the success I had with swimming gave me an inaccurate expectation of the world.

“I’ll be honest I wasn’t a good employee…for the longest time because I expected it all to come to me as easily as swimming did. Once things started going south… I became a lazy, spoiled, entitled person because I didn’t have the coping skills.”

“One day I came back from work, there was a letter from my wife on the counter listing everything that was not good….,” he said in the podcast.

“Looking back now I can see it from her perspective that it had been years of this guy not being happy, not doing what he needed to do to be a successful productive happy person. The next day I lost my job.”

REBUILDING LIFE THEN THE RIOTS

For 10 months Keller lived in his car until his sister Kalyn, who had also represented the US at the 2004 Olympics in swimming, took him in. According to news organisation SwimSwam, he started to conduct swimming classes and clinics to make ends meet.

For the last three years though, he’s been working for real estate company Hoff & Leigh, and his profile on realtor.com reading: “I’m a former Olympic athlete who works hard for my clients, in the same way, I trained with a smart plan, focused effort and honesty. Always accessible, on time and ready to help.”

SwimSwam reported that Keller had resigned from the firm, along with their statement that read: “Hoff & Leigh supports the right of free speech and lawful protest. But we cannot condone actions that violate the rule of law.”