BJP MP Varun Gandhi struck a note different from the party line, describing the protesting farmers as “our own flesh and blood” and suggesting that the government re-engage with them. 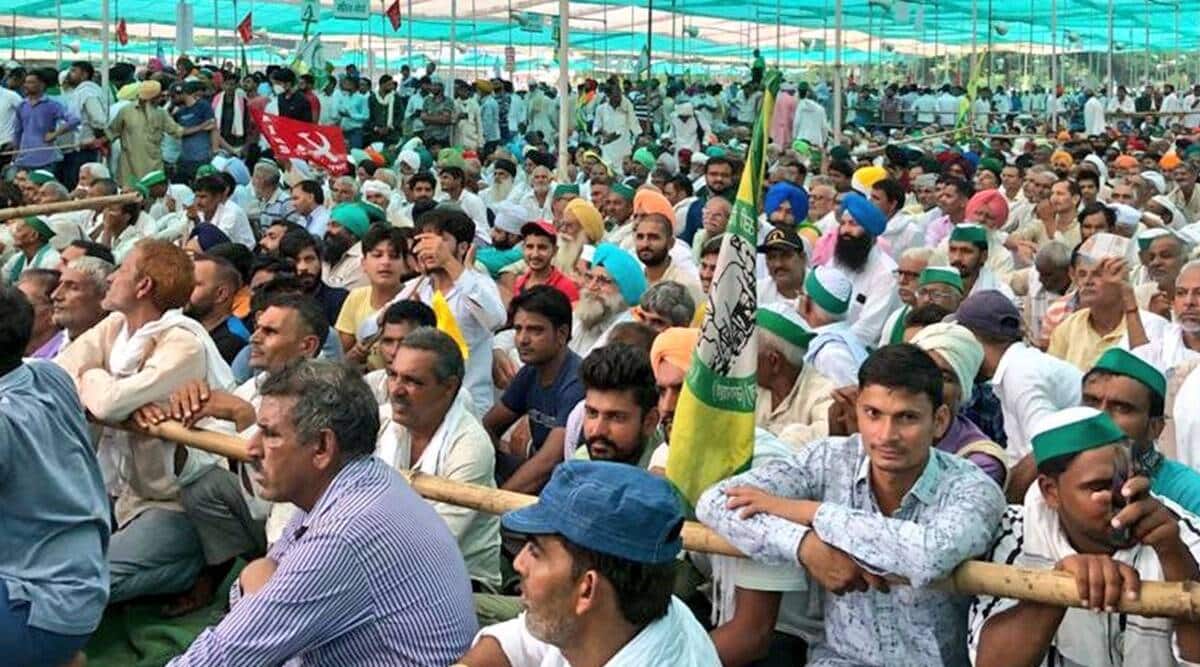 Congress leader Rahul Gandhi Sunday said the kisan mahapanchayat in Muzaffarnagar echoed the “call of truth” that an “unjust government” must listen to, while BJP sought to paint it as an “election meeting” ahead of Assembly polls due in a number of states, including Uttar Pradesh next year.

Supporting the protesters, Rahul tweeted in Hindi, “The call of truth is echoing. You have to listen, unjust government!”

Other senior Congress leaders also threw their weight behind the mahapanchayat.

The whole country is with the farmers in the fight to save agriculture and in demanding their dues for their hard work, the Congress general secretary said.

Voicing support for the mahapanchayat, senior Congress leader Sachin Pilot expressed confidence that the mahapanchayat organised under the leadership of the Samyukt Kisan Morcha will strengthen farmers’ interests.

“May this mahapanchayat prove to be a milestone in the direction of a peaceful farmers’ movement,” Pilot said in a tweet in Hindi.

Meanwhile, Rajasthan Chief Minister Ashok Gehlot hit out at the BJP government over the contentious farm laws, saying when the time comes the farmers of the country won’t lag in teaching the saffron party a lesson.

The crowd that gathered at the kisan mahapanchayat are fed up with the BJP, he claimed.

Gehlot said the farmers have fully understood the BJP’s “false promise” of doubling their income by 2022 and attempts to hand over agriculture to big businessmen by imposing anti-farmer agriculture laws without taking the farmers into confidence. “The attitude of the NDA government towards the farmers is well known. When the time comes, the farmers of the country will not lag in teaching the BJP a lesson,” he added.

On Sunday, protesting farmers gathered in the thousands at the kisan mahapanchayat in Muzaffarnagar, and slammed the government for “selling the country to corporates”.

The event was organised by the Samyukt Kisan Morcha (SKM) at the Government Inter College ground in Muzaffarnagar in protest against the Centre’s three controversial farm laws. The BJP, however, accused the organisers of the event of indulging in politics, with assembly polls approaching.

The BJP’s ‘Kisan Morcha’ head and MP Rajkumar Chahar claimed in a statement that it is politics and not concerns for farmers which have been on the agenda of those behind the ‘mahapanchayat’.

“This was very much a political and election meeting. The Opposition and these farmer union leaders have been using the shoulders of farmers to engage in politics,” he said.

Chahar claimed that no government has done so much for farmers as the one led by Prime Minister Narendra Modi in the past seven years.

However, BJP MP Varun Gandhi struck a note different from the party line, describing the protesting farmers as “our own flesh and blood” and suggesting that the government re-engage with them. “Lakhs of farmers have gathered in protest today in Muzaffarnagar. They are our own flesh and blood. We need to start re-engaging with them in a respectful manner: understand their pain, their point of view and work with them in reaching common ground,” Gandhi tweeted, posting a short video of the large crowd.

Praising Gandhi, RLD leader Jayant Chaudhary said, “Appreciate what Varun bhai is saying but look at what BJP MLA from Khurja, Uttar Pradesh, is commenting. Though deeper tests required, at the very least, Vijendra should get his eyesight tested. Or he could visit some villages in his constituency and repeat this absurd statement.”

The RLD leader was referring to a BJP MLA Vijendra Singh’s tweet questioning the nationalist credentials of the protesting farmers. He deleted the tweet later.