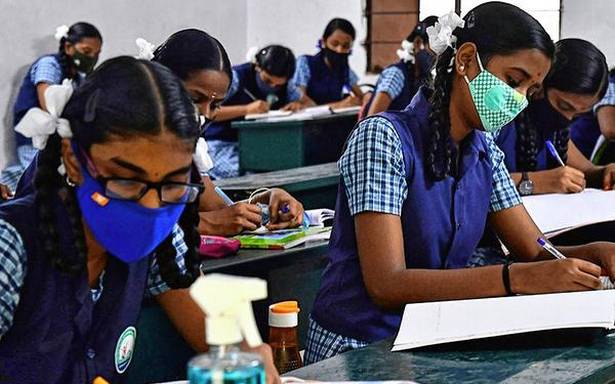 The number of new COVID-19 cases in Kerala has to come down below 7,000 daily by mid-October for schools to reopen from November 1 onwards, according to the criteria for school reopening prescribed by the Indian Academy of Pediatrics (IAP).

The government had announced on Sunday that students from Classes I to VII and those in Classes X and XII will return to school on November 1.

“Going by the State’s population of about 3.5 crore, the number of fresh cases has to be less than 7,000 per day during the two weeks prior to the date of school reopening. The first criterion was that the test positivity rate should be less than 5% for the preceding two weeks,” said Dr. M. Narayanan, former State president of IAP.

The advisory stated that the total number of new cases should be steadily declining over the preceding two weeks, if the case positivity rate is higher than 5%.

On the concerns expressed by some parents about resuming classes for children in primary sections from November 1, Dr. Narayanan said there was no harm as children have more antibody response to coronavirus infection than adolescents and adults. “Children are better placed immunologically against coronavirus infections,” he said.

Dr. S.S. Kamath, former national president of IAP and member of its task force that recommended guidelines for school reopening, suggested that a decision on school reopening should be decentralised. “It should be taken at the level of districts or taluk/city/village/school according to the local situations rather than at the national or state level.

"The health care system should be adequately geared up to handle any potential outbreaks through meticulous micro-planning. The local COVID-19 statistics should be vigilantly followed. The decision on keeping the schools open should be reviewed every 15 days,” he said.