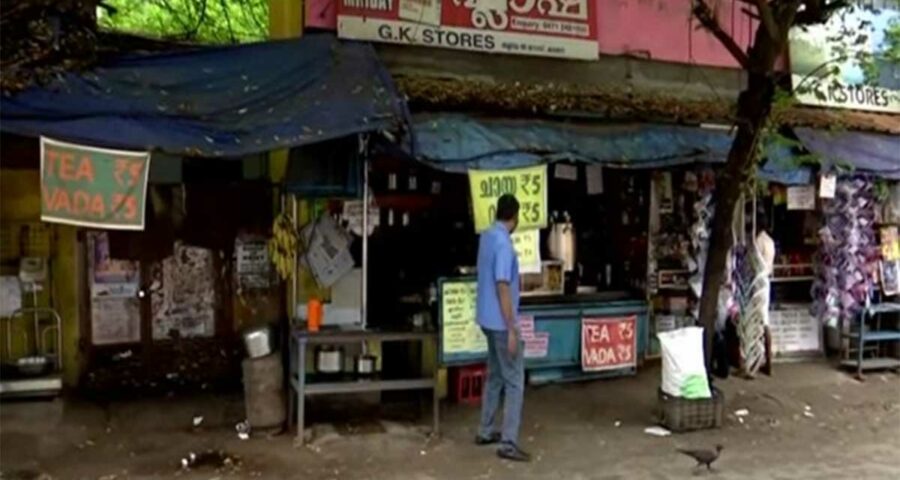 Beginning with the bird’s eye view of itself — a narrow state of hills, rivers and high population density, in a tapering part of the Indian subcontinent.
It can be a beautiful place shaped by aesthetic founded in appropriate lifestyle and progressive views, or a junkyard shaped by money and what money buys.
The choice is Kerala’s, notes Shyam G Menon.

Kerala’s chai-kadi is a no nonsense, practical formula to address hunger.

At cafes offering this combination, it is typically a 10+10 package. A decent serving of tea for ten bucks, any of the snacks on offer you elect to eat, that too is ten bucks.

It is brilliantly simple and designed to satisfy.

Strangely, this clutter-free sensibility is an island.

For a state that advertises scenic beauty and calmness, Kerala’s most visible callsign at present, is an overdose of private vehicles and the promise of junkyard it holds.

It is not a good omen. But it doesn’t register.

Where does all this eventually end up in narrow state of little space? — I wondered. 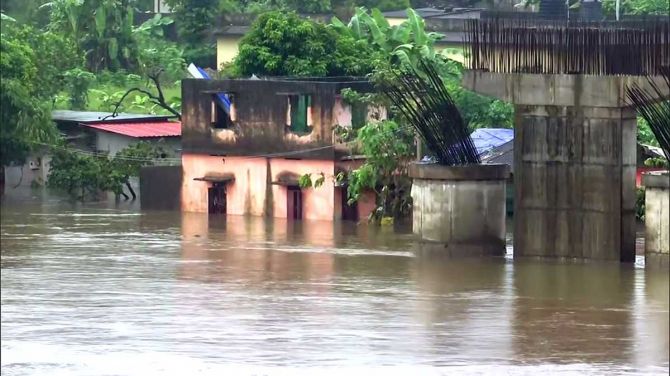 In October 2021, that’s what one felt, taking in at once, the unedited sights of urban Kerala and the tragedy of repeated hammering by heavy rain.

Calamity of such proportion — that too, in format cast as annual cycle — should force people to reimagine lifestyle.

Local rethinking may not reverse ongoing weather patterns. But it can help improve response to and management of consequences.

To pose it bluntly — in an era threatening to make refugees of many of us for one reason or another, would you groom a light suitcase or a heavy one? 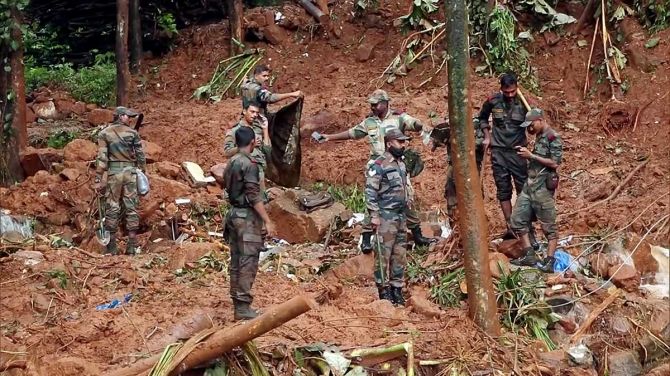 By most accounts the now familiar Kerala ritual of floods, landslides and lives lost is a product of climate change and questionable land use policies.

The latter is a classic Kerala conundrum.

Although pertaining to land use, it is actually rooted in a misplaced definition of life, especially what constitutes a successful life.

You sense this anomaly when you go hunting for an apartment.

Even a hundred feet up from ground level, the aspiration is still three and four-bedroom apartments, selling thanks to remittance economy but questionable when you see old paradigms of affluence, blindly transmitted into an utterly mismatched future.

Point is — if lifestyle is based on an underlying aesthetic derived from the environment, then contemporary Kerala is living on a borrowed aesthetic.

The state’s tight geography, ecological fragility, and how people live therein – all seem overlooked in the currently dominant paradigm of self-worth measured by money and asset ownership.

Kerala is where imagination meant for small spaces and designing to make small spaces seem big, should take hold. You don’t find that popular.

It is an emergent Indian trait but when you notice it in Kerala, a state known for progressive thinking, it alarms.

One fears a looming lack of adaptability in the continued pursuit of king-sized life, symptoms of which range from massive houses in separate plots to multiple vehicles owned.

We desperately need paradigms that are different from being an elephant in a tiny room.

Our needs must shrink; our lifestyle must facilitate ease of disposing the effluents of human existence.

Amassing possessions is quite the opposite. 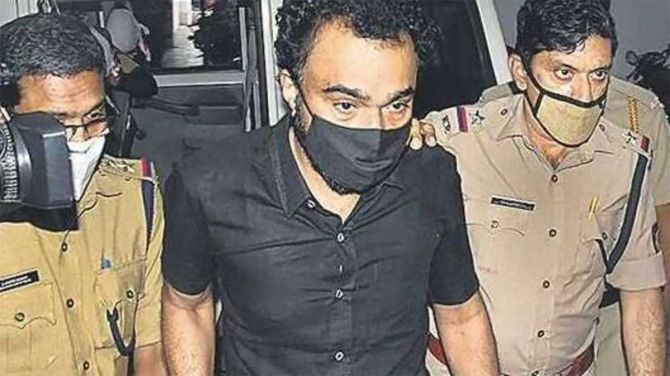 The hot media story of September-October was Monson Mavunkal, an ‘antiques dealer’ who allegedly fooled people with fake artefacts and seemed connected to the rich and powerful.

In Thiruvananthapuram, a financial scam around tax revenues was unearthed at the local municipal corporation. And set for debut in Palakkad district was a temple to Kubera, the god of wealth.

Simply put — there is a difference between the Kerala mentality that pushed for improved social indices decades ago and what prevails now.

Absent is a simpler yet relevant vision for life; a chai-kadi approach. Climate change only underscores its relevance. 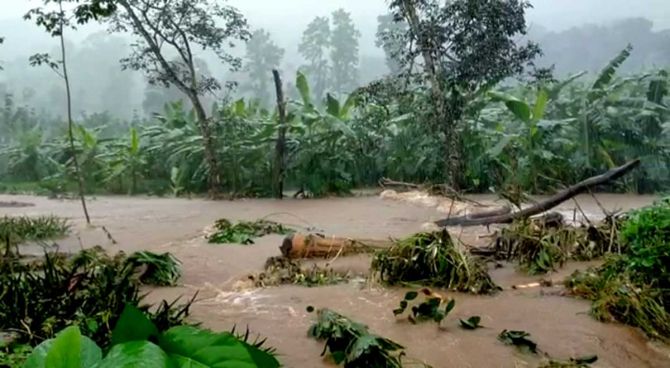 Like it or not, while specific causes for calamity exist, at a larger level there is a sense of nature correcting what man won’t.

Unpredictable weather has served up heavy rains, floods and landslides; they have impacted the distant hills and cityscapes alike.

Suddenly, us and our earthly possessions don’t seem as solid, immovable or permanent as previously assumed.

An evening, late October, at a house in Thrissur, we were three people sitting and talking when the sky turned dark and a torrential downpour ensued.

One of the three looked up from his mobile phone and said, “It’s raining cats and dogs. Madhav Gadgil had warned us.” Another shook his head at the reference to the Gadgil Commission report on the Western Ghats and said, “We can make fun of the report till the cows come home. But the man was right.” 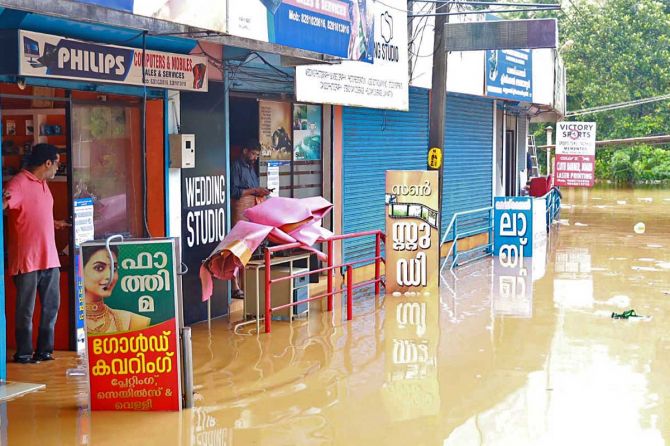 Trademark-Kerala, the how of any potential solution, is a quagmire of conflicting views.

As the perils of mismanaged hills gained traction, a video circulated on social media in which a person claiming to be a hill-farmer, asked why his tapioca-farming is portrayed as criminal when the massive Idukki hydel project is spared question.

Meanwhile, amidst all this, the state government was pushing for a debt-heavy high speed railway project while a leading television channel announced a campaign of pressing importance — to rename Kerala as Keralam.

Grossly missing was the common sense of chai-kadi – frills and packaging don’t count; substance does.

What Kerala must do is confront reality beginning with the bird’s eye view of itself — a narrow state of hills, rivers and high population density, in a tapering part of the Indian subcontinent.

It can be a beautiful place shaped by aesthetic founded in appropriate lifestyle and progressive views, or a junkyard shaped by money and what money buys.

The choice is Kerala’s.

The good news is — there seem to be people around who decline to be fooled. 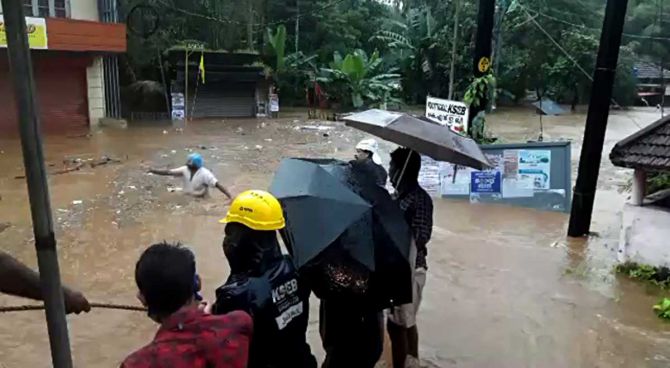 My cab driver for the ride from hotel in Ernakulam to the airport, was a young man, aged 33 and hailing from Malappuram.

Living in Ernakulam, he knew what flood and rain had come to mean.

In a freewheeling chat, he bemoaned the publicity-hungry leaders gathered at the climate change discussions in Glasgow and the spins they cast.

He linked Glasgow to earlier climate talks in Paris and Kyoto, outlined the dangers to planet and humanity forecast, referred to the extinction of species already happening as a consequence of human activity, expressed disappointment at the depths plunged by India’s divisive communal politics, the widening gap between the rich and the poor and the lack of spine in mainstream media (barring a few exceptions) to question any of this.

When I mentioned that divisiveness works because it finds ideal host in the insecurities offered by exploded population, he said reflectively that family is an over-rated institution.

The future belongs to those who adapt, he said, adding how important it is that new generations in Kerala learn to swim.

He was all of twelfth-pass and doing a diploma course in the hope that he may get a better job.

Chai-kadi would be proud of him.