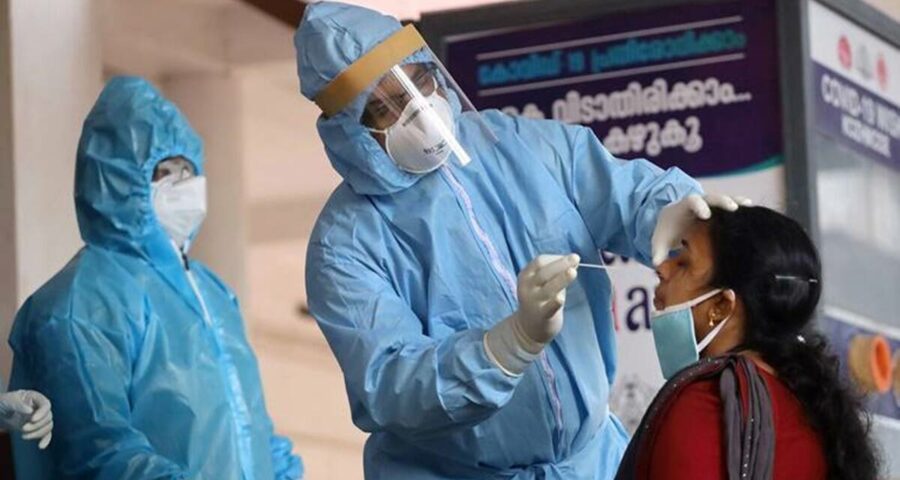 Restaurants and shops across Kerala can operate only till 9 pm. At restaurants, only 50% of the seats can be occupied at any given point. Kerala Monday announced fresh restrictions to curb the spread of Covid-19 in the state. Similar to the national picture, there has been a surge in new infections in Kerala, with the positivity rate climbing to 12.53% on Monday.

At a high-level meeting chaired by the chief secretary, it was decided to bring in fresh measures to curb the movement of people and thereby stem the transmission of the virus.

Hence, public meetings in open spaces cannot be attended by more than 200 people while those in closed spaces shall have attendance not exceeding 100 persons. The duration of such meetings should not exceed two hours. The restrictions would apply to weddings and other functions. Instead of ‘sadyas’, Kerala’s traditional meal served on banana leaves, arrangements should be made to offer guests packed food.

Restaurants and shops across the state can operate only till 9 pm. In restaurants, only 50% of the seats can be occupied at any given point. Measures to provide packed food, instead of dine-in facilities, to guests can be encouraged. Shopping festivals and discount melas at malls are prohibited.

The Kerala chapter of the Indian Medical Association (IMA) said that the surge in cases across the state is a result of the flouting of ‘break the chain’ norms implemented by the government during the recently-concluded Assembly elections.

Though the months of April-May are known for temple festivals in Kerala, the IMA requested the government to impose restrictions on crowds at such festivals. It asked for the daily number of tests to be hiked to 1 lakh in order to detect more patients and thus curb the positivity rate.