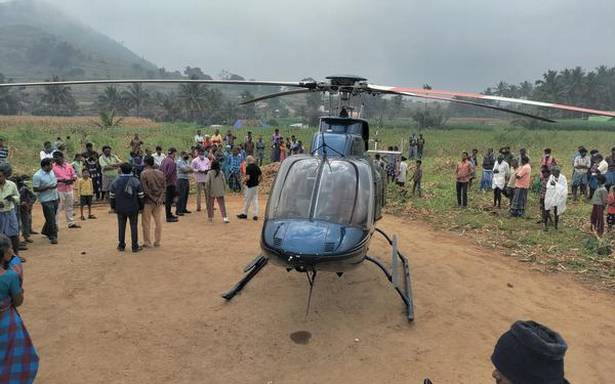 A private helicopter with four persons on board made an emergency landing on a farm land at Pavalakuttai village in Kadambur hills in Erode district on Saturday.

Sources said a couple from Karnataka had hired the helicopter for undergoing treatment in Kerala and were on their way. The pilot and an engineer were on board. While flying over the forest area in Sathyamangalam Tiger Reserve (STR), bad weather prevailed and the pilot decided to make an emergency landing at 10.30 a.m. The chopper landed safely and all the four were safe. Sources said that they would resume their journey once the weather is good.