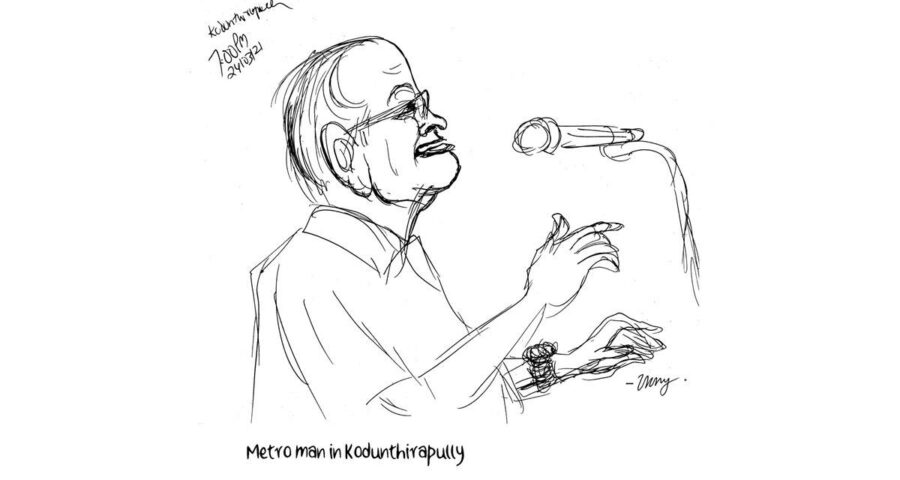 Last time, in the Palakkad Assembly seat, the BJP came second. Now with Sreedharan as candidate, victory should be a metro ride away. 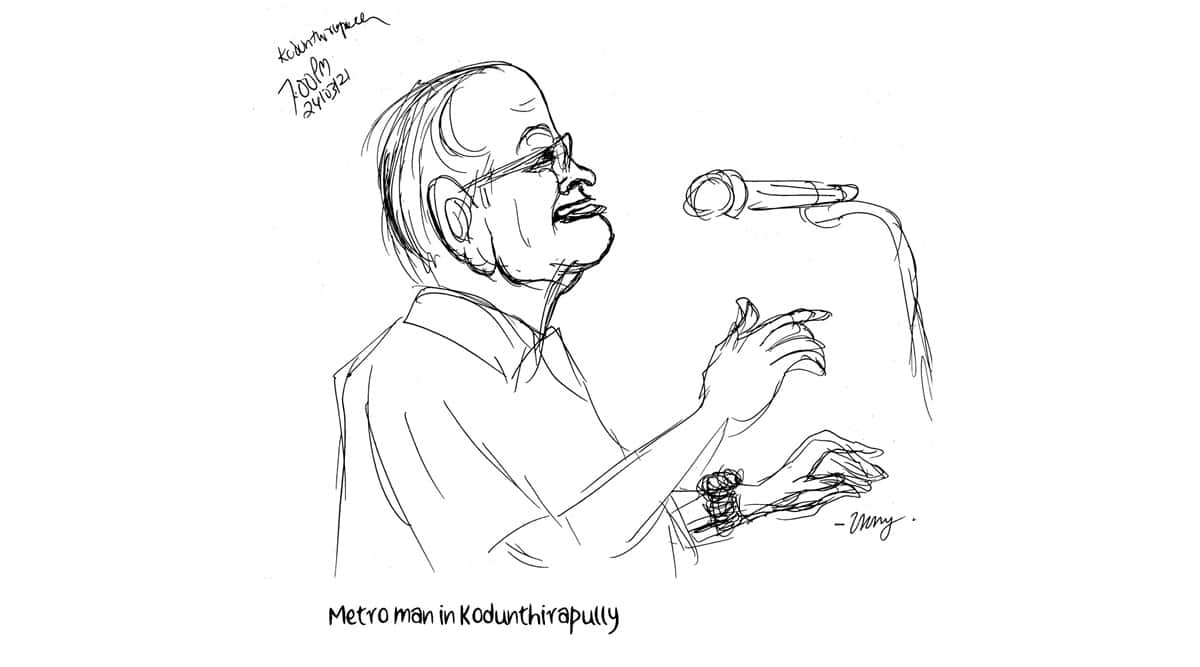 A brick greets Amit Shah as he ascends the ‘rath’ for the road show in the industrial township of Kanjikode. The brick is dropped by a party enthusiast who announces the arrival of “the country’s strongest ever home minister”. He should have added “next only to Sardar Patel”, rues an older organiser. Since Shah doesn’t know any Malayalam, the embarrassment stops there.

The one standing right next to Shah does know the local language but he doesn’t seem to have noticed the announcer’s gaffe. E Sreedharan is the evening’s star; oops, next only to the home minister. Meanwhile, the announcer on his part looks bent on conducting the show from inside a party van reeling off instructions. Flag-waving party workers are being repeatedly urged to shift to the sides or lower the flags so that TV cameramen on a vehicle in front can get a good view of the campaigners. Mercifully, there are no summer showers and no dearth of light. In fact, the sun is so harsh the decked up ‘rath’ looks as good as flood-lit.

The setting matters. There is a new known face to project, what the party lacked all these years, despite its traditional presence in this border district more than in most parts of Kerala. Electoral contests have long been truly triangular here. Last time, in the Palakkad Assembly seat, the BJP came second. Now with Sreedharan as candidate, victory should be a metro ride away.

A far cry from rapid transit systems, the ‘rath’ rolls like a temple chariot along the one-kilometre route to the designated destination. After a series of hops and stops, not to speak of the gallons of mineral water consumed, the road show finally ends. The Home Minister departs as suddenly as he arrived, leaving behind a tireless Sreedharan who is mobbed by the residual crowd. Everyone seems keen to shake hands and take selfies with the metro man. At 88, after the hour-long stretch in the scorching heat, the celebrity engineer is all smiles.

Where does he get this kind of resilience? At every TV interview he is asked this and his answer has been consistent, “Physical fitness was among the many values I imbibed from RSS in my student days back here in Palakkad.” This BJP member newly inducted and parachuted into the electoral fray is blissfully unaware of the consequences of such plain-speak. No BJP candidate however close to the RSS would amplify the link at the height of a campaign that addresses a sensitive multi-faith electorate.

Later in the evening, at the public meeting in Kodunthirapully, speaker after speaker, seasoned saffronites, steer clear of their core politics. The emphasis is on the candidate’s 67 years of distinguished public service as technocrat and his promise to make this hometown of his a world class city. The gathering in the corner of a sprawling playground seems no more than an extended family reunion. Having begun with chants by young students of vedic studies from the neighbouring Tamil Brahmin settlement, it concludes on a matching lofty note. The candidate ends his address repeating his resolve not to run down his poll rivals. The whole campaign is suitably politics-mukt.

Would this work in political Kerala? Yes, claim the organisers. Some, they say, will vote for the Lotus and many will vote recalling the metro train graphic that has been tagged to the campaign like a logo. Also, the occasional boost like an Amit Shah visit helps. In a couple of days Modiji is coming. So metro man should work with a little help from party men?