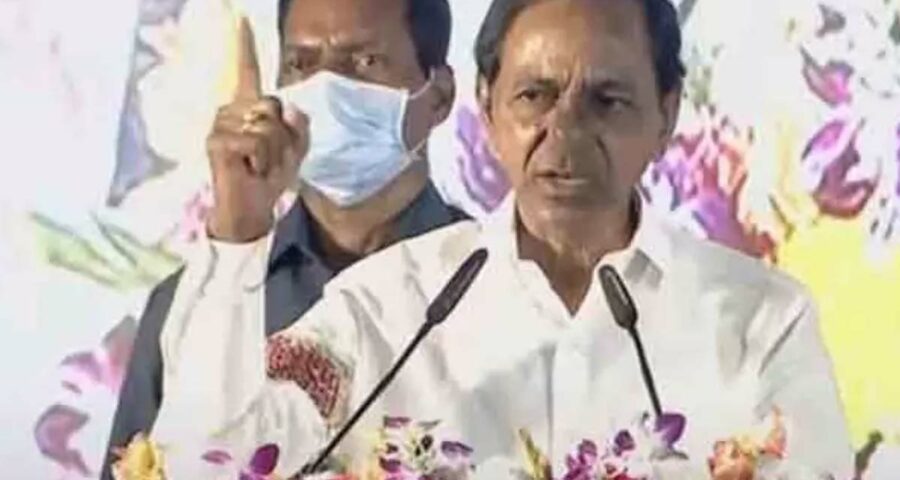 With the stringent decision to frame the nation as Bangaru Bharat, the Telangana Chief Minister K.Chandrasekhar Rao has sworn on Wednesday that he would exhaust all his power and wisdom and will struggle against the backdrops of India. He claimed that India which is under the current administration is moving in the wrong direction and he advised the citizens that this world would prove unwholesome to all, if not careful.

After launching the Mallannasagar reservoir on Wednesday in Medak district, the chief minister has organized public meeting and said, “Come what may, to put the country on the right path, if need be, I will fight till my last drop of blood.

I will set right the things in the country and will march forward. For this, I will utilise all my strength the God has given me, will use all my intellect. There is an evil system prevailing in the country. Due to this, the country is going on a wrong track. Some are fuelling communal riots and flaring up the country.”