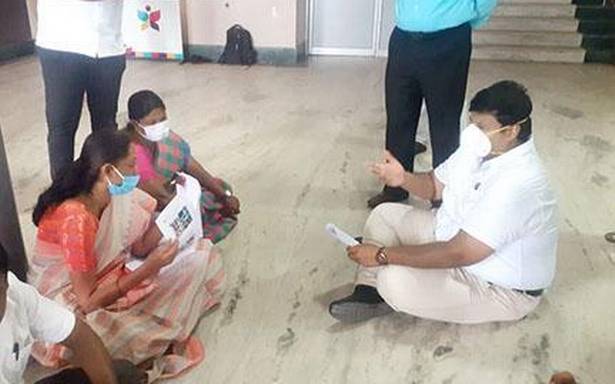 The Karur MP, S. Jothimani (Congress), along with her supporters, went on a sit-in agitation on the Karur Collector’s Office campus on Thursday, demanding that Collector T. Prabhu Shankar conduct special camps to select beneficiaries for the supply of assistive devices to persons with disabilities, from the Artificial Limbs Manufacturing Corporation of India (ALIMCO).

She said since he had received a lot of representations seeking assistive devices, and had requested ALIMCO to conduct special camps in Karur. Based on her request, the Tiruchi and Dindigul Collectors had organised such camps.

However, the Karur Collector, she alleged, was maintaining that necessary assistance would be provided to persons with disabilities under the Tamil Nadu government schemes.

Mr. Prabhu Shankar explained to Ms. Jothimani the steps taken with respect to her demand. However, she continued with the protest.