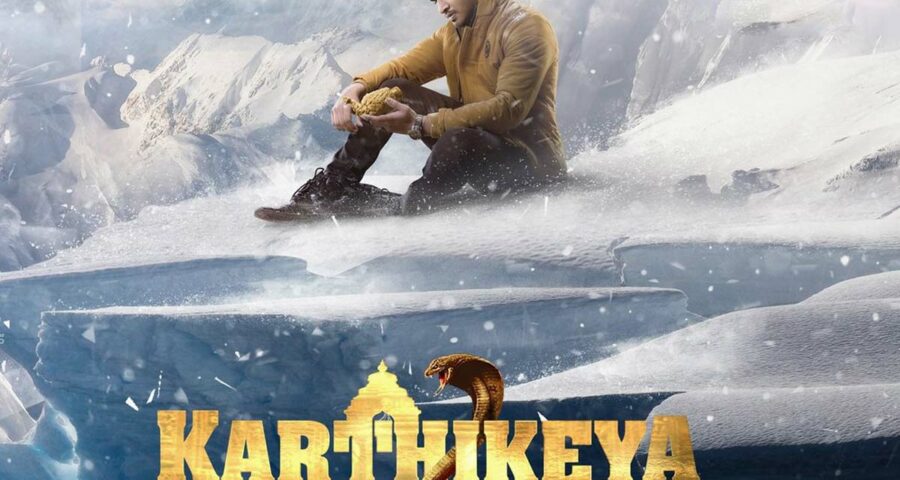 Nikhil Siddhartha who  is known for his different genre entertainers, is now coming with the investigative thriller drama Karthikeya 2.  The movie is helmed by Chandoo Mondeti and it  a sequel to the hit film, Karthikeya, that was  released in 2014.

The makers released the trailer yesterday that grabbed the attention of many. The trailer starts with a dialogue, “Shantanu Idhi Nuvvu Apaleni Yaagam; Nenu Samidani Matrame; Aajyyam Malli Akada Modalayindhi; Pranatyagam Chese Thegimpu Untene Dhanini Pondagalam.”  The trailer features the adventurous journey  of Nikhil on Snow, boat and his fight.  The Kashmir Files fame Anupam Kher who is making his debut in Tollywood, is seen essaying the role of Dhanvantri is  also seen doling out about some mystery related to Lord Krishna. The trailer is filled with suspense elements.

The  visuals and the music are the main assets of the trailer. Anupama Parameswaran is playing the female lead. The trailer also revealed that Karthikeya 2 is about the search for secrets that were hidden beneath the sea near Dwaraka.

The upcoming drama is bankrolled by People Media Factory and Abhishek Agarwal Arts whereas it has the music by Kaala Bhairava. Karthikeya 2 is scheduled to release on 22nd July, 2022, worldwide, in Telugu, Tamil, Kannada, Malayalam, and Hindi.

On the other side,  Nikhil will also be seen in another interesting thriller 18 pages.