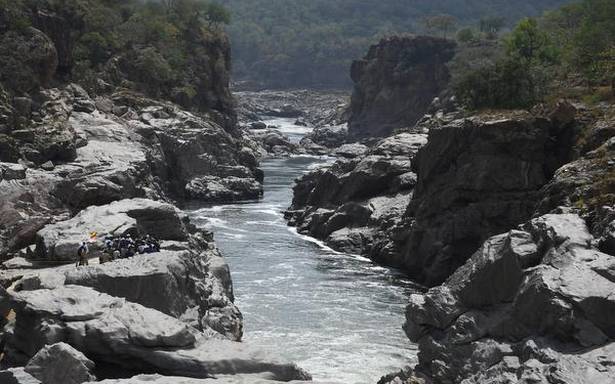 Karnataka Chief Minister B.S. Yediyurappa said that the State government will go ahead with the Mekedatu project in the Cauvery basin.

“We are in a comfortable situation on implementation of the Mekedatu project. There is no question of stopping it,” he told reporters on July 7.

The Karnataka government would implement the drinking water project within the legal boundaries, he said.

His comments came a day after Tamil Nadu Chief Minister M.K. Stalin opposed the project on the grounds that it would adversely affect the interests of farmers in his State.

Earlier, the Chief Ministers had exchanged letters making their case for and against the project. While Mr. Yediyurappa requested Tamil Nadu to allow Karnataka to implement the project as it would benefit people of both the States, Mr. Stalin refused to budge on his opposition to the project.

The Karnataka government decided to construct a dam across the Cauvery river in Kanakapura as part of an initiative to cater to the drinking water needs of Bengaluru and Ramanagaram districts.

Tamil Nadu moved a contempt petition in the Supreme Court against Karnataka for ‘wilful disobedience’ of the apex court’s order on sharing Cauvery water.

Law and Parliamentary Affairs Minister Basavaraj Bommai too said that Karnataka would continue its legal battle for implementation of the project.