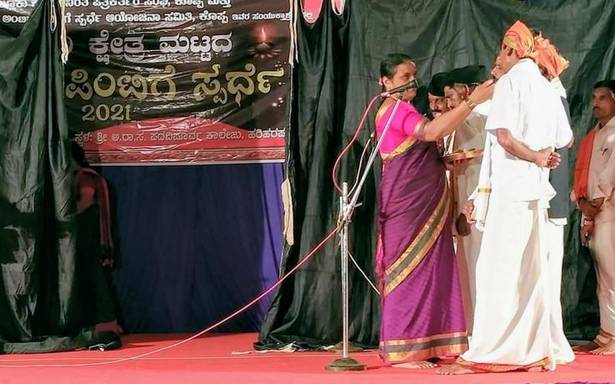 Minister for Kannada, Culture and Energy V. Sunil Kumar said the government has decided to revive all traditional art forms that are on the wane in Karnataka.

Addressing participants at the Sringeri Assembly constituency level Antige-Pintige competition organised by Sri Adishankaracharya Sharada Lakshminarsimha Preetam, Shree mutt at Hariharapura in Chikkamagaluru district, he said, “From Bidar to Chamarajanagar, all traditional art forms that are on the wane will be revived. The department is preparing a detailed proposal for the same.”

Mr. Kumar said whenever Indian traditional practices were thriving, there was harmony in society. They developed bonding between people and ensured social order. The government is committed to reviving all such practices by supporting them. Antige-Pintige is one such art form of Malenadu region, he said adding the department will soon organise one such event involving teams from Shivamogga, Uttara Kannada and Chikkamagaluru districts.

In his introductory address, one of the organisers Onithota Rathnakar said there were over 600 teams comprising nearly 5,000 members in the three districts. The teams visit every household in their villages during Deepavali season in the night and sing Antige-Pintige folklore and exchange ‘jyothi’ (light). The folklore, he said, was carried forward by word-of-mouth. Of late, the tradition was disappearing and, as such, the government should support it on the lines of supporting other traditional art forms in Karnataka.