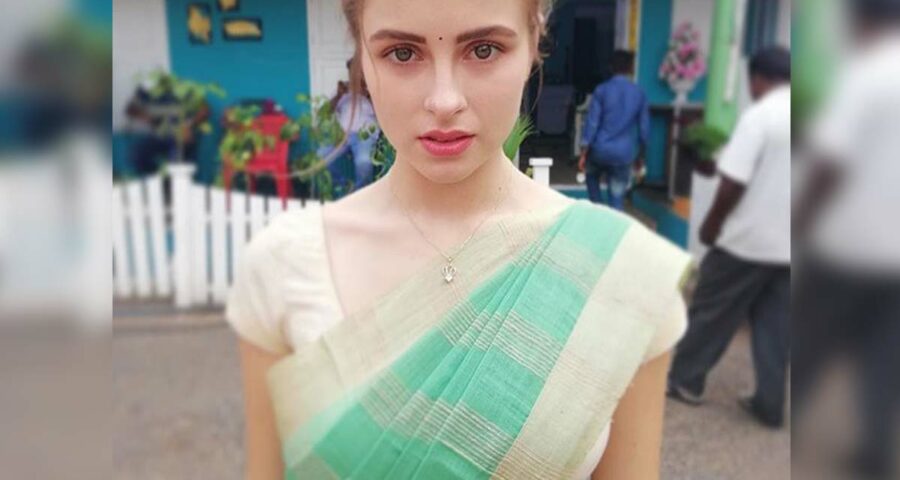 A Russian model and actress Alexandra Djavu , who is a popular name in Kollywood,  was found dead at her residence in Goa on Friday, 20th August.  She is best known for her work in Tamil movie Kanchana 3 in which Raghava Lawrence played the lead role and the movie was a hit at the box office. A preliminary investigation has revealed that Alexandra Djavu  might have died by suicide.

According to the latest report, her body was found hanging from the ceiling of her room in North Goa.  The investigation has been started and cops are expecting  that she might have died due to suicide, but they are awaiting the post-mortem report.

Alexandra Djavu  was under depression as she left  her boyfriend left her recently. The cops are investigating all possible angles to the death of the actress and are likely to interrogate her ex boyfriend.

Kollywood has lost many celebrities in 2021. Aan Devathai fame filmmaker Thamira was diagnosed with COVID-19, and  after several days of battling against the pandemic, Thamira, passed away on April 27, 2021. Last week, Tamil actor Ananda Kannan died due to cancer. Tamil comedy actor Pandu breathed his last on 6th May, 2021. Visually Challenged playback singer and musician, M J Comagan passed away on 6th May, 2021.