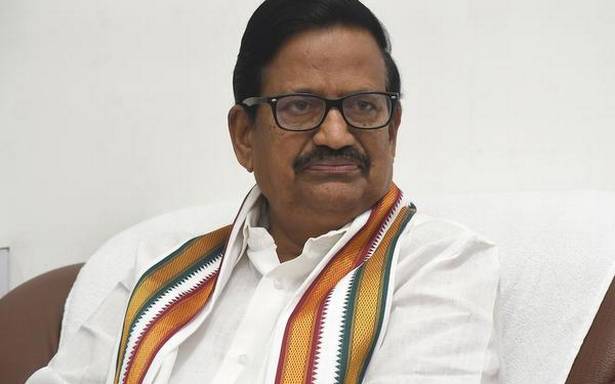 Calling ‘One State-One Vote’ unfair, the TNCC president said treating the higher revenue and lower revenue States on par was a big injustice.

In a statement, he said treating the higher revenue and lower revenue States on par was a big injustice. Mr. Alagiri also alleged that the Centre was taking a biased stance and politicising the views expressed by the non-BJP ruled States, which caused concern.

He alleged that under Prime Minister Narendra Modi’s rule, the rights of the States were taken away, despite his promise of cooperative federalism. Mr. Alagiri said in the recent GST Council meeting, the Centre ignored the State’s demand for extension of GST compensation period, which was ending in 2022, by another five years and zero rating for COVID-19 vaccines and drugs and also settling the dues to the States.

He strongly condemned the Centre for its bias in settling the dues and said such an attitude would affect the policy of cooperative federalism.