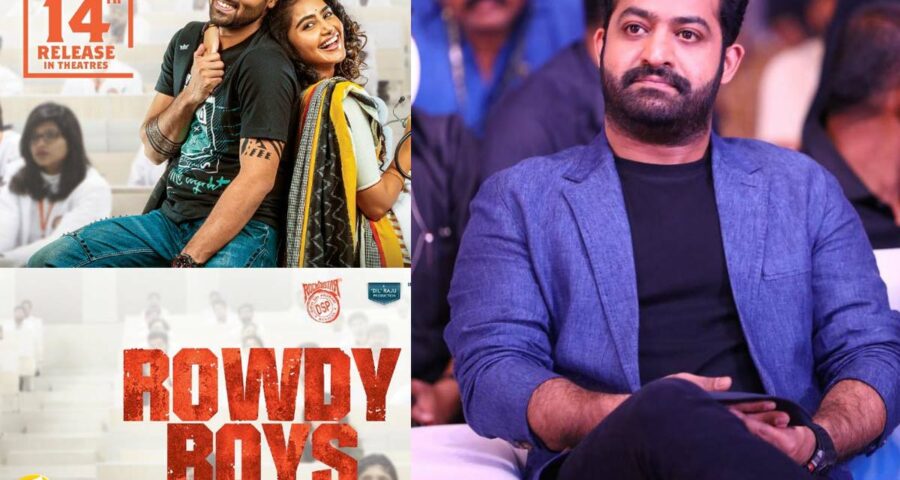 Jr NTR to launch Rowdy Boys Trailer tomorrow at 6 PM: Rowdy Boys is an upcoming romantic and action Telugu movie in which  Ashish Reddy, the nephew of  noted producer and distributor Dil Raju, is  playing the lead role. The upcoming film marks his debut in Telugu film Industry. Helmed by Harsha Konuganti, Ashish Reddy raised good expectations with its title song and a love song. Anupama Parameswaran is playing the love interest of Ashish Reddy in this film. Now according to the latest report, Young Tiger Jr NTR has come in the support of Ashish Reddy starrer Rowdy Boys and he is going to launch the trailer of the film tomorrow at 6 pm.

Few days ago the makers of Rowdy Boys released the  lyrical video of ‘Brindavanam’  song which is a peppy track  and is foot-tapping.  The  song is a mix of traditional and modern elements.

In the month of October  last year Vijay Deverakonda came  in the support of Ashish, and  launched the romantic single Preme Aakasam and now this time Tarak extended his support.

On the otherside, currently Jr NTR is waiting for the release of upcoming film RRR, which is directed by SS Rajamouli and bankrolled by DVV Danayya.

He is imploding with envy! Reason Ram Charan and Jr NTR

Huge loss to Jr NTR because of RRR