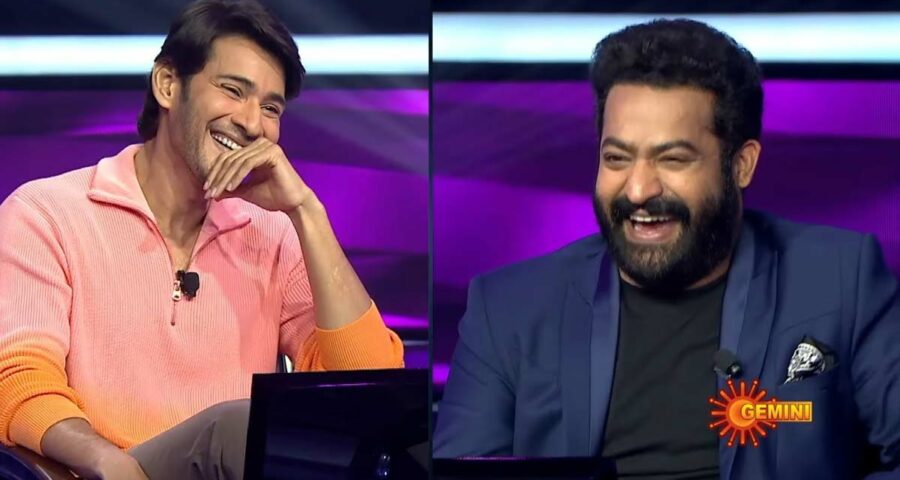 It is known that SS Rajamouli is all set to work with Mahesh Babu for an upcoming film. After the release of his ongoing project RRR, Rajamouli will start the preparation for his next project starring Maharshi star. Yesterday, Mahesh Babu attended the Jr NTR hosted show EMK as guest. On this occasion, Tarak and Bharat Ane Nenu stars talked about Rajamouli.

Jr NTR said to Mahesh Babu, “You are working with SS Rajamouli soon right, he will make you play all sorts of games on sets. Rajamouli is one who  will not give up till he extracts the very best of us.  But the output the film maker generates is worth our hard work.”

Mahesh Babu also said that hosting is also a difficult task.  He added that  Jr NTR is the only reason why he attended this game show.

Mahesh Babu also opened up about his upcoming project Sarkaru Vaari Paata by saying that it has Pokiri flavor and he is playing a full-on energetic and entertaining character.  The movie which is helmed by Parasuram will be full of energy and excitement.

On the work front, Jr NTR who is waiting for the release of RRR, will start the preparation for his next very soon.