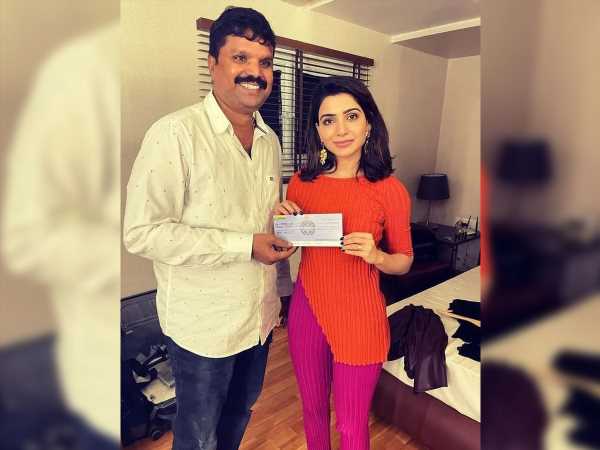 It is known that Jr NTR  is the host the show EMK- Evaru Meelo Koteeswarulu .  The makers of the show are leaving no stone unturned to sustain its viewership. After announcing separation with husband Naga Chaitanya, now Samantha Ruth Prabhu is going to take the h*t seat of Jr NTR hosted show EMK- Evaru Meelo Koteeswarulu show. Now the reports are coming that she will win Rs 25 Lakhs from the show.

Samantha Ruth Prabhu is the latest addition to the list of celebrities who are taking part in Jr NTR hosted show Evaru Meelo Koteeswarulu.

Apparently, Oh Baby girl is  currently shooting for the show with Jr NTR in the grand set built-in Annapurna Studios. The episode is expected to be telecast by the end of this month or early this month.

Young Tiger Jr NTR and Samantha has  worked together in few hit movies such as Ramayya Vasthavayya, Brindavanam,  and Rabhasa.  When the team of EMK approached  Rangasthalam lady, she gave her nod.  This her first assignment after getting separated from Naga Chaitanya.

On the otherside, Samantha has wrapped up the shoot of Gunasekhar’ directorial venture Gunasekhar.