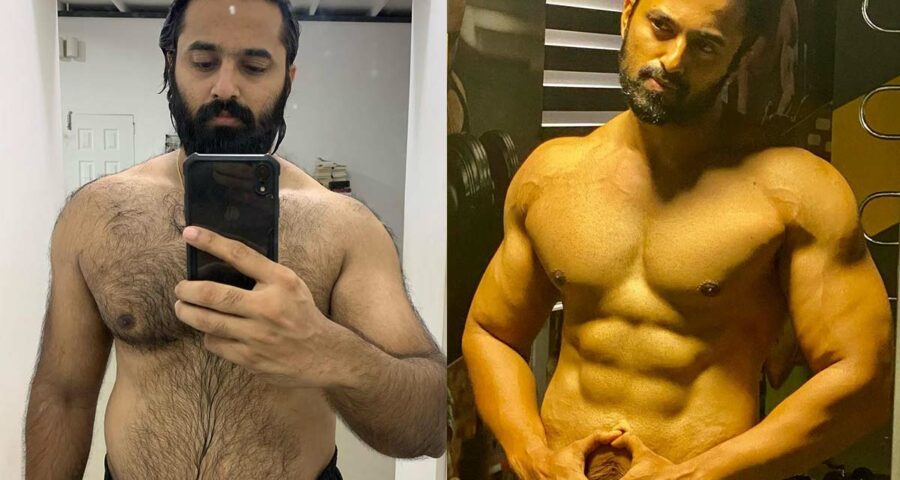 Malayalam actor Unni Mukundan is well known face for the Telugu people as he has worked in few Telugu movies such as  Jr NTR starrer Janatha Garage and  Anushka Shetty starrer Bhaagamathiee. Unni Mukundan has been keeping busy through the lockdown, by checking things off his to-do list while waiting for the release of his upcoming much hyped movie, ‘Meppadiyan’. Going by the reactions from the posters and song release, fans are eagerly awaiting the arrival of Unni Mukundan starrer Meppadiyan.

During the media interaction, Unni Mukundan talked about his weight loss journey. According to Unni Mukundan, he was in top shape as he worked on the period drama ‘Mamangam’ which required a chiselled physique.

Unni Mukundan took to his twitter  to share a video and said, “You are more Powerful than You think You Are. So this is it ! From 93 kg of fat Body to 77 kgs of Fit Body !! I thank everyone who was a part of this 3M Fitness Challenge, Fitness With UM.  I had increased  the body fat for  the movie Meppadiyan. I was 93kgs. Shedding 16kgs in 3 months time. If I can do it ,
anybody can.”

Coming on the video, Unni Mukundan  shared some glimpses of his 3 months of long fitness challenge which marked his journey from 93 kg to 77 kg.