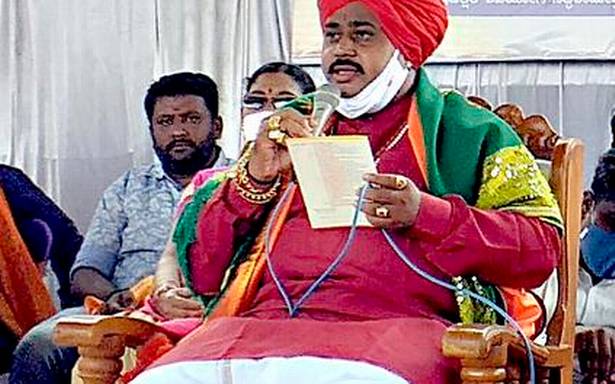 Inspired by Siddaganga Math in Tumakuru district and Suttur Math in Mysuru district that have been offering free education and accommodation to thousands of students, the Jidga Math has planned to offer free education to 1,000 students.

Addressing a gathering at the Press Day celebrations jointly organised by the Jidga Math and the Karnataka Union Of Working Journalists on the math premises in Jidga, Aland taluk, on Tuesday, chief of Jidga Math Murugharajendra Swamy said that he has already mobilised 1,000 devotees who can sponsor at least one child’s education.

“When I visited Siddaganga Math a couple of years ago, I found that the math was offering free education and accommodation to over 1,000 poor students. I also found that many poor students from Kalaburagi and surrounding areas were studying there. They had to leave their native place and parents for that faraway place for the purpose of studies. It was then that the idea of opening residential schools for poor children from Kalaburagi region came up. I have already mobilised 1,000 devotees who could sponsor at least one child’s education. The process, which was disrupted by COVID-19, will take off soon,” he said.

He also announced that the math will contribute ₹1 lakh for the construction of a Patrika Bhavan in Aland.