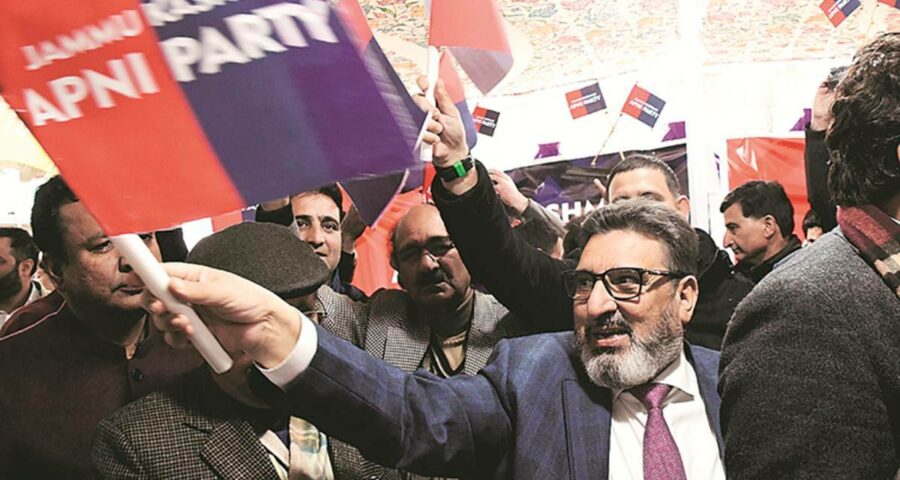 Underscoring the importance of “socio-economic and political empowerment” of the people of the union territory, Bukhari urged the Prime Minister to restore statehood to J&K, including establishment of a Legislative Council “as per the commitment made on the floor of Parliament.”

Underscoring the importance of “socio-economic and political empowerment” of the people of the union territory, Bukhari urged the Prime Minister to restore statehood to J&K, including establishment of a Legislative Council “as per the commitment made on the floor of Parliament.”

In his memorandum submitted to the PM, Bukhari also sought an employment policy for the youth of the region citing alienation, “This alienation makes most of them easy fodder for those elements who want to foment trouble in the region. We cannot afford loss of another generation which otherwise can be addressed with a meaningful engagement with the youth and their aspirations.”

The need of the hour, he said, is that a comprehensive youth employment policy that is framed and implemented in letter and spirit. He also sought restoration of age relaxation for Jammu & Kashmir’s UPSC aspirants.

The former J&K minister who is perceived as being close to the Centre also argued for the restoration of 4G mobile internet services in the UT, terming the continued restriction on mobile internet “unjustifiable”.

“The government must review its decision and lift the ban on high-speed mobile internet so that people can avail the benefits of modern-day data and telecommunication facilities like other citizens of the country. Continuing with this unjustified ban based on unfounded security concerns should be done away with,” Bukhari noted in his memorandum.

He also sought “honourable” return of Kashmiri Pandits with a policy, “to be framed in such a way that their return does not create any divisions within the society.” For formulation and implementation of such a policy the other communities in Jammu & Kashmir need to be kept on board, he added.

Bukhari raised concerns with regard to the condition of Jammu-Srinagar National Highway — the Valley’s only land connectivity with the rest of the country. “A major portion of this highway is landslide prone, slippery and dangerous. The Highway needs to be developed urgently and till that work is accomplished, Dakota services should be a permanent feature for a hassle-free connectivity between Jammu and Srinagar.”

He demanded construction of concrete bunkers along the LoC in Karnah, Tangdhar, Keran, Uri and areas of Jammu province, that have noted a spike in ceasefire violations over the last year.

The Apni Party president emphasised that this should be among the government’s top priorities as these border areas are vulnerable to frequent border skirmishes which result in death and destruction of properties.