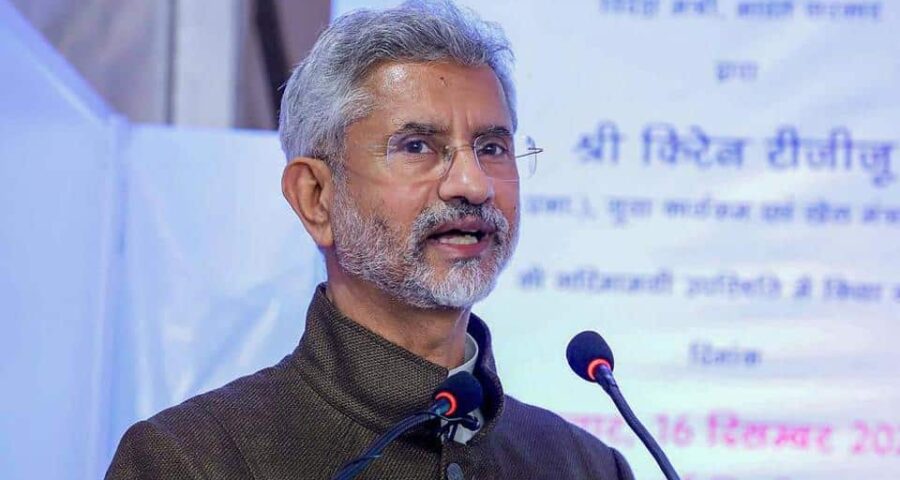 External affairs minister S Jaishankar will travel to Sri Lanka on Tuesday on a visit to cement India’s relationship with the island nation. The external affairs minister is expected to take up the release of Indian fishermen apprehended last month during the visit that is designed to review the developments in bilateral relations between the two neighbours from a strategic and long-term perspective.

Jaishankar had rushed to Colombo within a day of Sri Lankan President Gotabaya Rajapaksa taking charge in November 2019, setting the foundation for both countries to reset ties. Sri Lankan President Gotabaya Rajapaksa had travelled to New Delhi soon after on his maiden foreign visit. The effort to deepen ties continued in September last when Prime Minister Narendra Modi held the first virtual bilateral summit with Prime Minister Mahinda Rajapaksa, their first after he began a fresh term as prime minister a month earlier after the Sri Lanka People’s Front party secured a two-thirds majority in parliamentary polls.

Officials said Jaishankar’s visit would look at smoothing the rough edges in the relationship between the two countries that has turned complicated over the last decade, mostly on account of China’s efforts to expand its influence in the Indian Ocean region including Sri Lanka.

Colombo has, over the past year, signalled on multiple occasions that India is a priority for his government, that Sri Lanka’s strategic security policy will have an “India first” approach though it is open to dealing with other key players for economic development.

Jaishankar’s visit is the second high-profile visit to Colombo in two months. National Security Advisor Ajit Doval had flown to Sri Lanka in November for the trilateral discussion on maritime cooperation and security with Colombo and Male.

The arrest of 36 Indian fishermen from Tamil Nadu and seizure of their vessels allegedly on charges of poaching was discussed at the December 30 virtual meeting of the joint working group on fisheries but there has been no breakthrough yet.