On Wednesday, May 25, 2022, three Jaish-e-Mohammad terrorists were killed in what was described as a ‘chance’ encounter with security forces in Jammu and Kashmir’s Baramulla district.

A policeman also lost his life in the firefight.

Please click on the images for glimpses of the aftermath of the encounter: 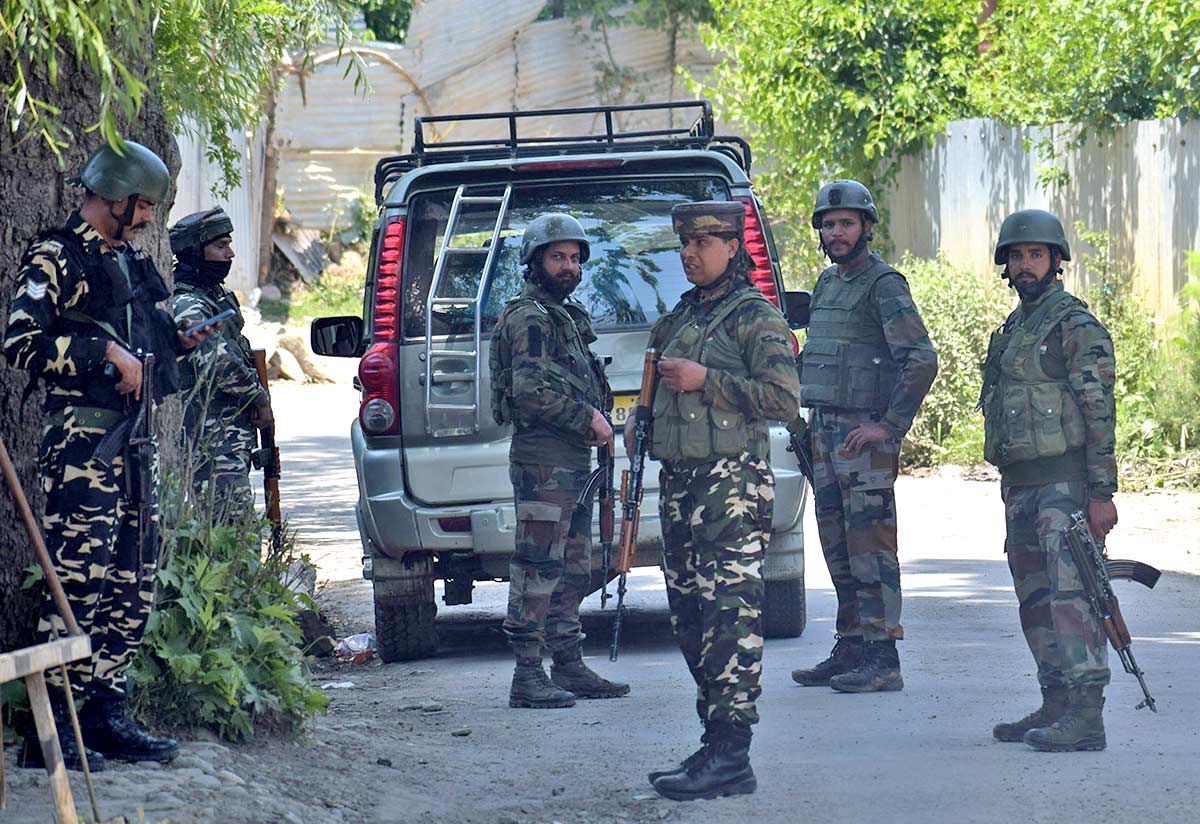 IMAGE: Soldiers and security personnel at the encounter site in the Kreeri area in Baramulla district. All Photographs: Umar Ganie for Rediff.com 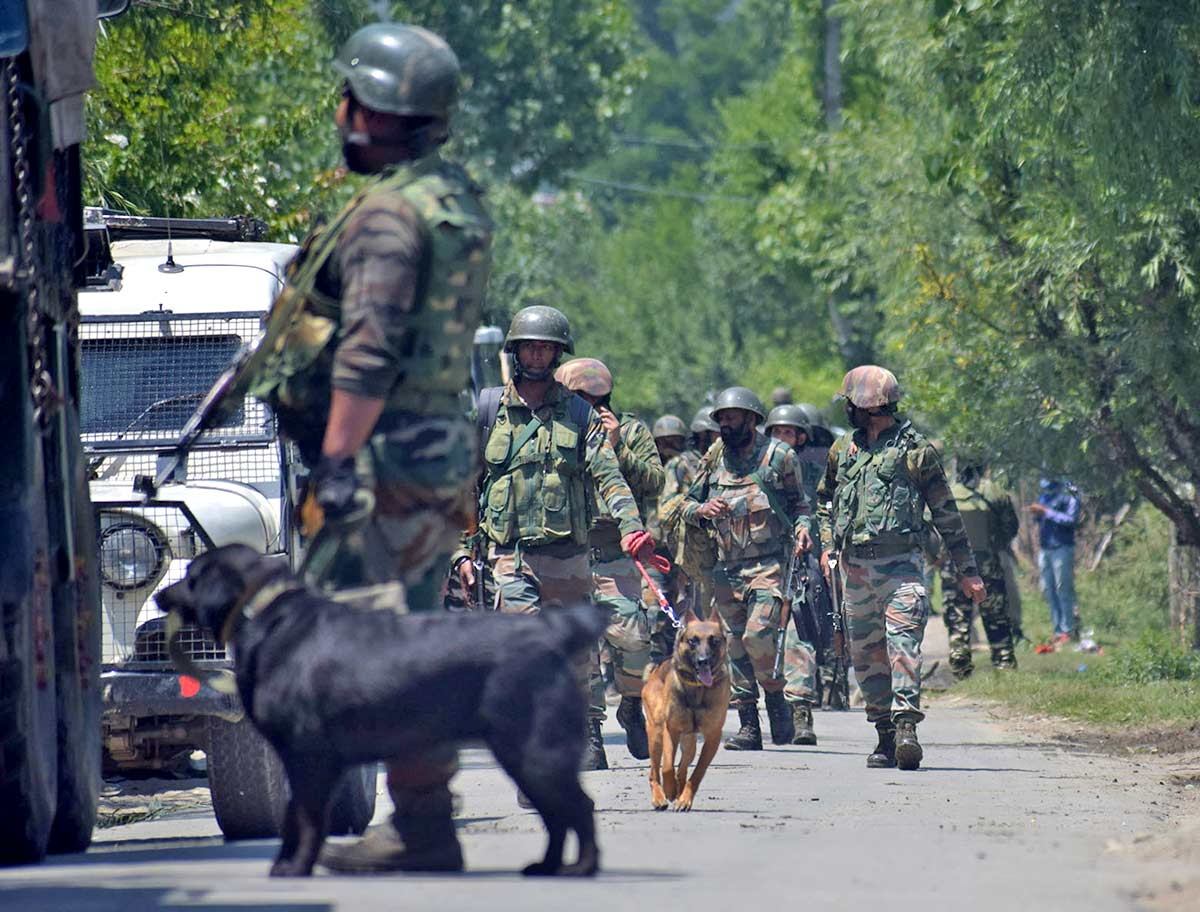 IMAGE: The terrorists were of Pakistani origin, the security forces stated later, and belonged to the Jaish-e-Mohammad. 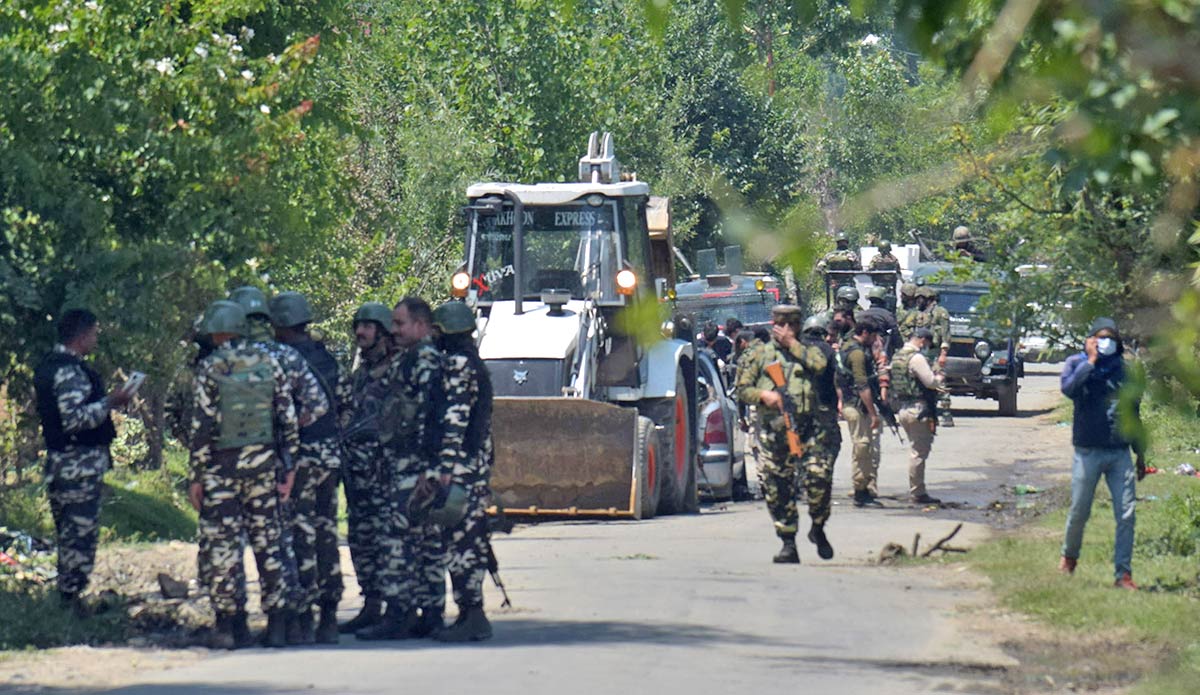 IMAGE: The encounter took place at one of the checkpoints established by the security forces across the Kashmir valley. 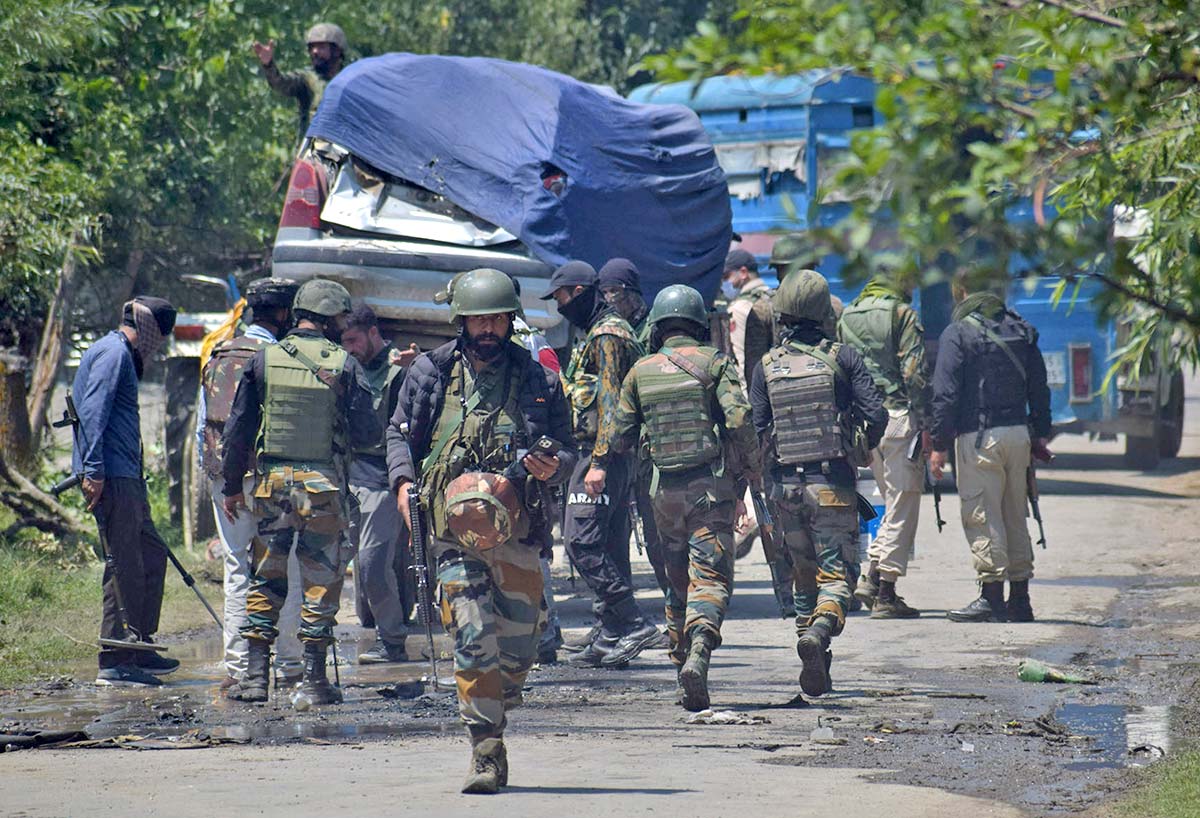