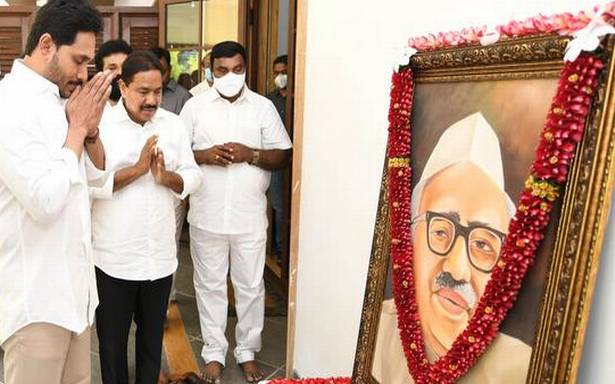 Mr. Jagan Mohan Reddy said that the life and times of Babu Jagjivan Ram showed that he had worked tirelessly for the welfare of the Dalits and the oppressed.

Mayor Kavati Manohar Naidu and MLA Maddali Giridhar garlanded a statue of Babu Jagjivam Ram in the city. Mr. Ramakrishna Reddy garlanded a portrait of Babu Jagjivan Ram at the party’s central office and recalled his services to uplift the downtrodden.

“Drawing inspiration from such great leaders, Chief Minister Y.S. Jagan Mohan Reddy is working for the betterment of the poor and weaker sections and is reaching out to all sections of the society through welfare schemes,” he said.

MLA Merugu Nagarjuna and YSRCP leaders Nandigam Suresh and Lella Appireddy were present on the occasion.