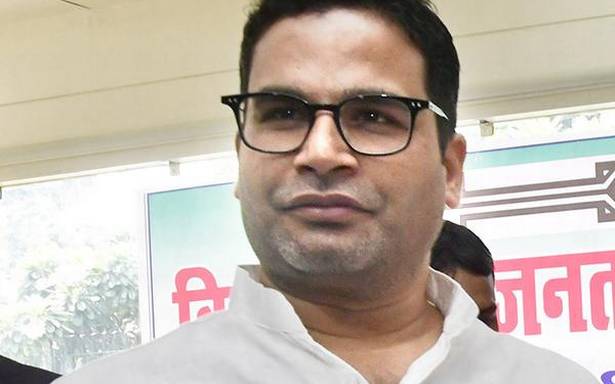 Poll strategist had a meeting with Sonia, Rahul and Priyanka

A day after poll strategist Prashant Kishor had a meeting with Congress president Sonia Gandhi, former party chief Rahul Gandhi and party general secretary Priyanka Gandhi Vadra, the Congress circle is abuzz with speculation that he will formally join it.

Though there was no confirmation from either him or top Congress leaders on this issue.

The speculation was partly triggered by Archana Dalmia’s tweet, which was later deleted. Ms Dalmia is the chairperson of the grievances cell of the Congress and a close aide of the Gandhis. “A warm welcome into the Congress family,” she had tweeted.

Mr Kishor has worked with the Congress previously in Uttar Pradesh, Uttarakhand and Punjab. On several occasions, he has made his dissatisfaction with the party’s working style public.

Following the Trinamool Congress’s victory in West Bengal, where he closely worked with Mamata Banerjee and the DMK’s victory in Tamil Nadu, where I-Pac, the political consultancy firm that he is associated with, was handling the campaign, Mr. Kishor, in a series of television interviews, had claimed that he is “quitting this space”.

“I do not want to continue what I am doing. I have done enough. It is time for me to take a break and do something else in life. I want to quit this space,” he had told NDTV.

He has had a stint as Vice President in the Janata Dal (U). He was expelled from the party for his stand on the Citizenship (Amendment) Act.