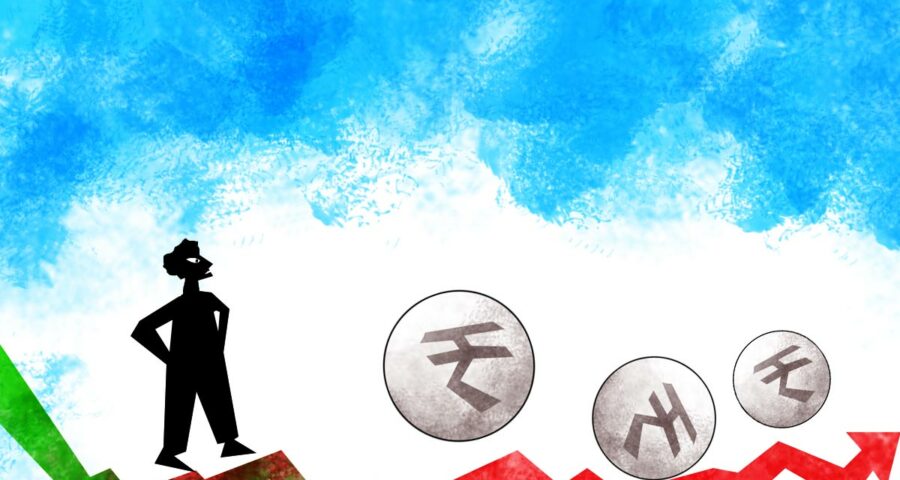 At the end of July, I had written an article explaining the market mood against the backdrop of rising inflation, escalating interest rates, and slow growth, which together act as a cold wet blanket. But the stock markets were resilient.

Second, it is well known that when the US sneezes, emerging markets catch a cold, but as I remarked then, Indian markets were even stronger than the US markets.

So, how have these two pieces of conventional wisdom played out over time?

Since July, the Fed has hiked the benchmark interest rate by 75 basis points twice.

From 0.25 per cent in March, the Fed rate is now 3.75 per cent, an unprecedented and ferocious surge in a very short period.

The US market has taken this blow on the chin and as a whole has not declined.

After a sharp fall in September, it rose again in October and, remarkably enough, is at the same level as it was at June-end, despite three 75-basis point hikes in July, September, and November!

If anyone had asked even seasoned investors to predict the market reaction to a 225-basis point hike in three months, with the possibility of an indefinite number of further hikes until inflation is tamed (as the Fed chairman asserted last week), they would have predicted a mini-crash.

What about the second assumption that when the US sneezes emerging markets such as India would catch a cold?

Unbelievable as it may seem, the Nifty has hit a new lifetime high on a monthly closing basis and appears ready to head higher.

This sort of thing usually happens in a bull market.

You may or may not find the media talking about a new or continuing bull market but stock prices — the ultimate arbiter — seem decisive in their verdict, so far.

We could perhaps call it a stealth bull market.

The question is: Why are the markets heading higher when the world seems to be in such a bad shape?

Many argue that this is a bear market rally — a counter-trend move during an ongoing decline — since the market never really declines in a straight line.

This lot believes that investors who are buying today and pushing prices higher are foolish and don’t know what they are doing.

They say it is illogical to assume that high interest rates will not negatively impact businesses.

A slowdown is inevitable since the US Fed has been talking tough and won’t stop raising rates unless inflation normalises.

Consequently, the business slowdown would lead to a massive sell-off since stock prices follow earnings over the medium term.

The impact of rising rates and geopolitical trends is visible in the US, Europe, and some Asian countries, but is India as vulnerable?

‘It’s different this time’ are the four most dangerous words in investing, according to Sir John Templeton, one of the wisest and most successful investors.

But some things are indeed different.

With the benefit of hindsight, India’s stealth bull market is underpinned by some strong positives.

The most important of these is earnings growth across different sectors.

For example, travel, which has a strong multiplier effect, is booming.

Among the biggest gainers through the turbulent market of last year is Indian Hotels, which is up 100 per cent.

The second important factor is the continuous and rising offtake of engineering and capital goods; it is something we are witnessing after a decade or so.

This is driven by investments across railways, roads, defence, and the manufacturing sector.

Not surprisingly, among the biggest gainers of last year were Elecon Engineering (132 per cent), Schaeffler (95 per cent), CG Power Solutions (73 per cent), Timken (53 per cent), and Tube Investments (48 per cent).

The third major trend has been the sharp and growing interest in the defence sector, thanks to a major policy shift to increase local procurement and emphasise imports.

Finally, the fourth major driver of the Indian markets has been a strong credit cycle, which has benefited small private banks and non-banking financial companies along with the clean-up that has happened in public sector banks.

Over the long term, stocks are slaves to profit growth.

But over the short to medium term, stock markets react strongly to surprises and also to stories or narratives of expected profits.

We are witnessing a combination of all these factors in the Indian market — there are many stocks with strong earnings growth and stocks where expected earnings are likely to be high.

This is why we have a stealth bull market — even as the macroeconomic picture looks uninspiring.

Debashis Basu is the editor of moneylife.in