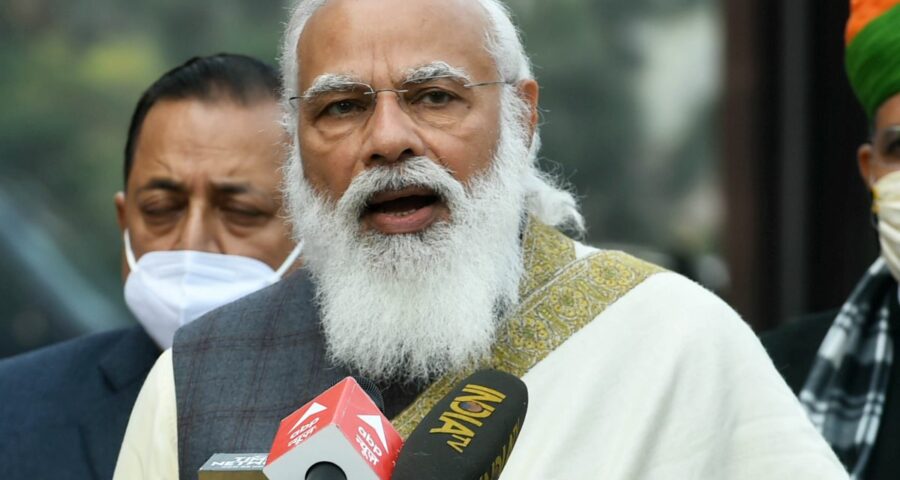 For those who think India’s democracy is just fine and there has been no change in the last few years, perhaps it would be instructive to see what has happened on a few issues, observes Aakar Patel.

The Economist is a magazine though it refers to itself as a newspaper.

Its readers are mostly professionals, highly educated and with higher incomes.

It is one of the very few magazines in the world, and possibly the only one of its size, which makes more money from subscription than it does from advertising.

That means that its readers purchase it for its content.

One year’s subscription costs Rs 15,000 in the United States, meaning that each issue is Rs 300.

The Economist Intelligence Unit is the research and analysis division of the Economist.

Each year it compiles a Democracy Index which shows the state of democracy around the world.

It would be instructive to see what it has said about India.

This is mainly, the Economist Intelligence Unit says because ‘democratic norms have been under pressure since 2015’ and as a result India’s ‘global ranking slipped from 27th to 53rd as a result of democratic backsliding under the leadership of Narendra Modi’.

The slippage has not come in the issue electoral process and political participation, where as most of us will accept, India continues to do well.

The problem is on the side of political culture and civil liberties, where since Modi took over India has declined.

The EIU classifies India as a ‘flawed democracy’.

It describes flawed democracies as countries that have free and fair elections and, even if there are problems (such as infringements on media freedom), basic civil liberties are respected.

‘However, there are significant weaknesses in other aspects of democracy, including problems in governance, an underdeveloped political culture and low levels of political participation.’

In the last few years, India has seen ‘the increasing influence of religion under the Modi premiership, whose policies have fomented anti-Muslim feeling and religious strife, has damaged the political fabric of the country.’

Remember that this is the magazine that the world’s top most corporate executives and decision makers read.

While our government has responded strongly to Rihanna and Greta Thunberg, with the foreign ministry putting out a statement, it has not said anything about this downgrade, which more people will read and take seriously than someone’s tweet.

The EIU says that the enactment in December 2019 of the Citizenship (Amendment) Act 2019 ‘continued to fuel riots in 2020, with several left dead following clashes in February in the capital city, New Delhi. The Act introduces a religious element to the conceptualisation of Indian citizenship, a step that many critics see as undermining the secular basis of the Indian state.’

The magazine does not deny Modi’s popularity, but says that it comes from the same aspects that it finds concerning.

It remarks that he participated in the groundbreaking ceremony at the site of the destroyed Babri Masjid. And notes that ‘the temple’s construction will further endear Mr Modi to his Hindu nationalist base.’

Unfortunately for us, this is not a popularity contest.

The EIU says: ‘On top of these issues, the authorities’ handling of the coronavirus pandemic has also led to a further erosion of civil liberties in 2020.’

And finally, it notes that ‘by contrast, the scores for some of India’s regional neighbours, such as Bangladesh, Bhutan and Pakistan, improved marginally in 2020.’

For those who think India’s democracy is just fine and there has been no change in the last few years, perhaps it would be instructive to see what has happened on a few issues.

The first is the introduction of electoral bonds.

This is a mechanism whereby corporates and even foreign entities can donate money anonymously to political parties.

Readers may not know that over 90% of the total value of the bonds donated since the scheme was introduced two years ago are purchased in Rs 1 crore denomination.

Meaning it is not the common man giving money secretly to parties.

Secondly, that the Modi government has changed the RTI law to make its commissioners dependent on the government for their term and salary.

Third that the constitution has been repeatedly violated through the bypassing of the Rajya Sabha by illegally calling pieces of legislation ‘Money Bills’.

The manner of the passing of the farm laws, where the Rajya Sabha was not even allowed to vote despite it not being a Money Bill, will tell us where things stand today in democratic India.

The Economist magazine has also run a story on India in its edition this week headlined ‘India’s government is censoring people before they comment’.

It quotes Idi Amin, the late Ugandan dictator, who once declared that he respected freedom of speech, but could not guarantee freedom after speech.

The magazine says that ‘India’s government seems to be taking this concept one step further. Despite running what is often hailed as the world’s biggest democracy, it has gained a taste for curtailing freedom before speech.’

This is what the world has made of issues such as the jailing of Siddique Kappan by Uttar Pradesh and Munawar Faruqui by Madhya Pradesh.

If you were angered, like Sachin Tendulkar, Lata Mangeshkar, Virat Kohli, Ajay Devgan and Akshay Kumar, by six word tweets from Western celebrities, you should consider what their most respectable and respected voices are also saying.