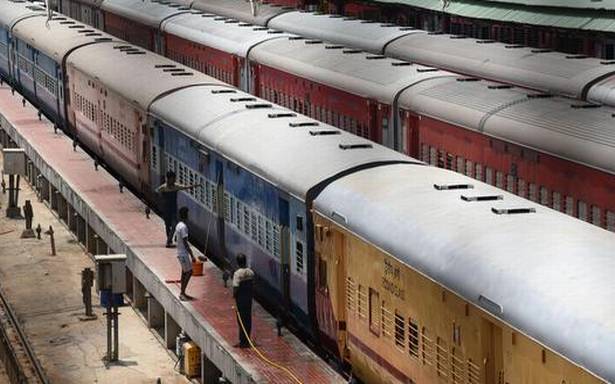 More restaurants to be brought on board; talks on with food aggregators

Railway travellers may soon be spoilt for choice when looking to satisfy taste buds during their journey, with the Indian Railway Catering and Tourism Corporation (IRCTC) working on building a large-scale delivery network to enable fresh food delivery from restaurants to passengers at his/her seat.

While the company currently does offer e-catering services, these are available at limited stations and restaurants due to logistical issues. “It has been experienced that some of the branded players are reluctant to deliver meals at stations due to various reasons such as logistical issues, running train, locating passengers in coach etc.,” a company official told The Hindu.

The official added that the delivery aggregator concept was to support such branded players in managing delivery from their outlet to passengers in trains. These aggregators will pick up meals, which are booked on IRCTC’s e-catering platform, from nominated restaurants and deliver the same to the passenger at his/her seat.

“This will enable us to get more restaurants on board and expand services to more stations. We aim to make the service available at about 400-450 major stations,” the official said.

The company is also in talks with players such as Zomato and Swiggy for these services, however, the discussions have not been “very encouraging” so far due to issues, including high charges sought by these players. The IRCTC is also speaking to other service providers, and is also exploring the possibility of bringing its own brand that can act as an aggregator.

“IRCTC is also considering whether we can employ people for the delivery service… we have to see how the payments will work out, and other legal aspects related to contracts, EPF etc. Discussions are on to see if this is a feasible option,” another official aware of the development said. The official added that the focus was to ensure that the service did not become costly for the customer.

The official also pointed out that the food delivery for railways was very different since it was not a static segment. “Logistics is very important in e-catering to be done on the railways. We need to be certain of that before any tie-up…otherwise we will invite a lot of complaints and there will be dissatisfaction among the customers,” the official said.