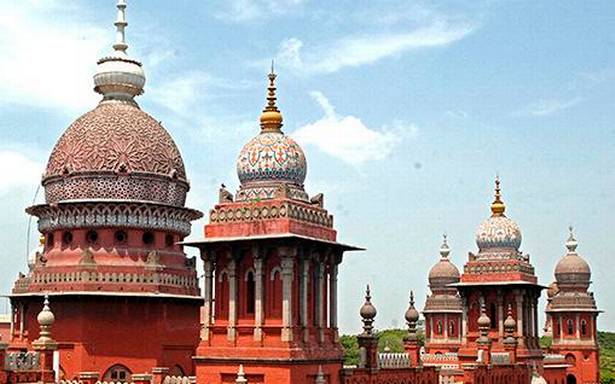 Justice S. M. Subramaniam ordered that the entire exercise should be completed within 12 weeks.

The Madras High Court has directed Inspector General of Registration (IGR) to inspect all registered societies, including recreation clubs registered under the Tamil Nadu Societies Registration Act of 1975, and initiate appropriate action against those who indulge in illegal activities and act in contravention of the bylaws.

Justice S. M. Subramaniam ordered that the entire exercise should be completed within 12 weeks. He said the IGR could conduct the inspections either through the jurisdictional District Registrars or by forming a special team. It was made clear that the registration of the societies should be cancelled if illegalities were noticed.

The judge also directed the Director General of Police (DGP) to issue a circular directing the police authorities across the State to share a copy of the First Information Reports (FIR), booked against registered societies, with the Registration Department officials so that appropriate action could be taken without any delay.

The directions were issued while disposing of a writ petition filed by Pandian Recreation Club of Komaleeswaranpettai in Chennai. Claiming that it was not indulging in any kind of illegal activity, the club had sought for a direction restraining the Greater Chennai police from “disturbing, harassing or interfering” with its affairs.

Rejecting its plea, the judge said: “The common complaint against the Registration Department in the public domain is that the Department is neither conducting inspections periodically nor initiating any action for cancellation of registration even though unlawful and illegal activities are visible in many such societies.”

He went on to state: “Large scale allegations are noticed by the police authorities. Frequently, they are registering cases against such clubs and societies across the State of Tamil Nadu. However, the Registration Department remains as a silent spectator despite the fact that many such criminal cases are filed.”