Indonesia, the world’s biggest supplier of palm oil, said on Thursday it will lift a ban on exports from Monday, likely helping India and other importers. 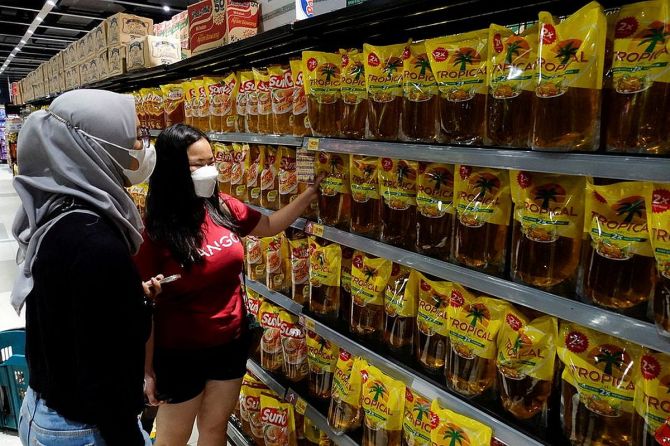 Of this, 8-8.5 million tonnes of palm oil, 45-50 per cent comes from Indonesia and the rest from neighboring Malaysia.

The decision will go despite bulk cooking oil having not yet receded to the targeted 14,000 rupiahs per litre price, as the government considers the welfare of 17 million workers in the palm oil industry, Indonesian President Joko Widodo said in a video statement, agencies reported.

Jokowi, as the president is known, said the supply of bulk cooking oil has now reached a level greater than what the domestic market needed.

Indonesia’s ban, imposed April 28, was one of the biggest acts of crop protectionism since Russia’s invasion of Ukraine in February and it stymied exports of sunflower oil and worsened a global shortage.

Palm oil is used in everything from food to soap to fuel, and the move by Indonesia threatened to push up costs even more across multiple supply chains at a time of rampant inflation.

“This should come as a big relief to India and there will surely be a price correction.

“But, how much is difficult to say because while the ban was in place we had started living without Indonesia and increased our sourcing of palm oil from neighbouring Malaysia and Thailand,” Atul Chaturvedi, president of Solvent Extractors Association (SEA) of India, told Business Standard.

Chaturvedi said that prices will soften also because in summers usually demand for edible oil goes down as consumption of fried foods is less.

On a monthly basis, since April 2022, around 300,000-325,000 tonnes of palm oil that came from Indonesia completely stopped, which was fulfilled by Malaysia and Thailand.

This increased prices as before that a monthly supply of around 200,000-225,000 tonnes of sunflower oil from Ukraine was disrupted due to the war.

However, the saving grace was the adequate pipeline stocks of around 2.1 million tonnes of edible oils that India had before the ban.

Which, coupled with the 1.2 million tonnes in transit, meant that India had around three months’ consumption secured with it.

The country imports around 1.0-1.1 million tonnes of edible oils in various forms per month.

Meanwhile, agencies reported that lifting of the ban came after hundreds of farmers rallied to protest the move, saying their incomes have suffered because prices of their fresh fruit bunches plunged.

A survey this month showed the approval ratings for Jokowi, as the president is popularly known, hit the lowest in more than six years due to Indonesians’ growing discontentment over rising prices.

Soybean oil, a substitute of palm, fell as much as 1.6 per cent after Indonesia’s announcement.