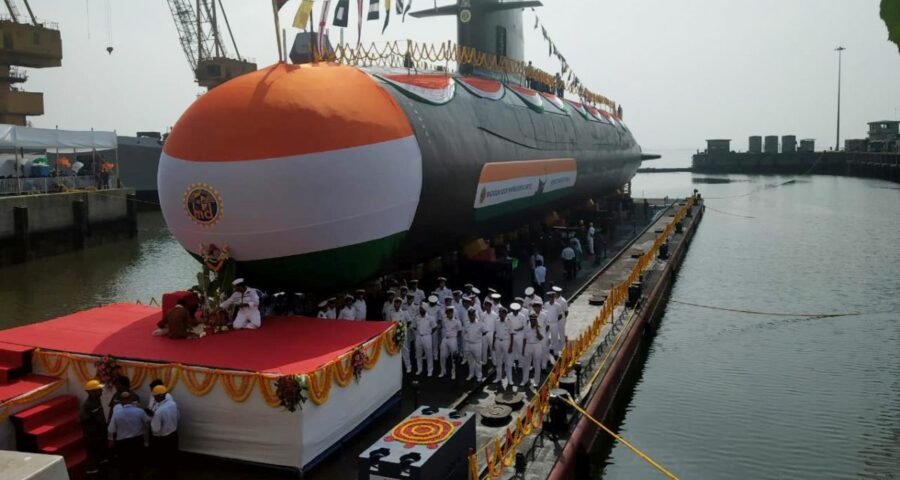 Barely a month after the US troop withdrawal from Afghanistan, America is making a strategic course correction, partnering two other Anglophone countries — Australia and the UK — in launching a new defence alliance in the Asia-Pacific.

Signalling that AUKUS meant business, the first announcement by the three leaders was that the UK and US would provide Australia with the classified technology and wherewithal needed to build and operate up to eight nuclear-powered attack submarines (SSNs).

Previously, the US has transferred nuclear submarine technology only to the UK in 1958; Australia will be the second recipient, making it the world’s seventh operator of nuclear submarines after America, Britain, China, France, India and Russia.

This was a slap on the face to France, since Australia had already chosen Naval Group, the French shipbuilder, to supply 12 conventional, diesel-electric submarines for $90 billion.

Now that is cancelled and, instead, Australia will have a fleet of SSNs, based on American and British designs, that can patrol the faraway South China Sea, while remaining interoperable with its AUKUS alliance partners’ submarines.

Adding insult to injury, the decision not to buy the Naval Group’s conventional Barracuda submarines came with the implicit conclusion that they lacked the range and capability needed to confront its People’s Liberation Army Navy) (PLAN) adversaries.

Washington’s role in forming AUKUS and in equipping the Royal Australian Navy with SSNs is part of America’s strategic attention shift from messy conflicts in West Asia to the growing confrontation with an assertive rival superpower — China.

No longer is US security policy driven by American thirst for West Asian oil supplies.

According to data for the year 2020, from International Energy Statistics, the US is now the world’s biggest oil producer with an output of 18.60 million barrels per day (mbpd) — 20 per cent of the world’s total output.

With an annual consumption of 20.51 mbpd, the US needs to import only a small quantity of oil.

Meanwhile, the UK too is eager to deepen its involvement in the Asia-Pacific.

With Brexit, London has detached itself from the European strategic architecture and re-plugged into the Anglosphere.

True, the UK has not been a heavyweight player in the Indo-Pacific for decades.

US concern over China’s growing clout and aggression in those waters causes it to welcome the support of its closest strategic partner.

Canberra too is plugging back into the Anglosphere.

Australia’s armed forces have always demonstrated commitment towards their treaty obligations with the US, even sending troops into combat in Afghanistan and Iraq to pay what is pithily termed the ‘blood sacrifice’.

Australia’s attitude towards China has been increasingly more belligerent, which is dangerous for Canberra, given its proximity to China, and its trade dependence on that country.

Alongside the outrage in Paris, there was consternation in New Delhi too over Washington’s readiness to give an AUKUS alliance partner nuclear technology for submarines, while denying India — a designated ‘major defence partner’ and a key ally in the Indian Ocean — similar access to nuclear reactor technology for its planned line of SSNs and an aircraft carrier.

Amidst this churning, New Delhi announced in June that it was tendering for the indigenous construction of six conventional submarines, powered by Air Independent Propulsion (AIP).

Within India’s strategic community, a debate rages over the question — echoing that currently being heard in Australia — of whether the Indian Navy should be going in for conventional diesel-electric submarines, or AIP vessels or SSNs.

In diesel-electric boats (as submariners incongruously refer to their submarines), large banks of batteries power electric motors that turn the submarine’s propellers.

But the batteries quickly get discharged and the boat must surface every day or two to run onboard diesel generators, which require atmospheric air, to recharge their batteries.

During battery charging, the surfaced submarine is vulnerable to detection since enemy radars quickly detect submarine masts or snorkels protruding above the surface.

To avoid detection, the ideal solution is nuclear propulsion.

Nuclear reactors require no oxygen, which allows these submarines almost indefinite underwater endurance, limited only by human endurance and the amount of food that a submarine can carry.

However, nuclear propulsion has serious technology challenges and India is still struggling to build a reactor small enough for an attack submarine.

AIP provides the next best solution, allowing submarines to remain underwater for up to two weeks, which provides the enemy with less opportunity to detect a surfaced boat. 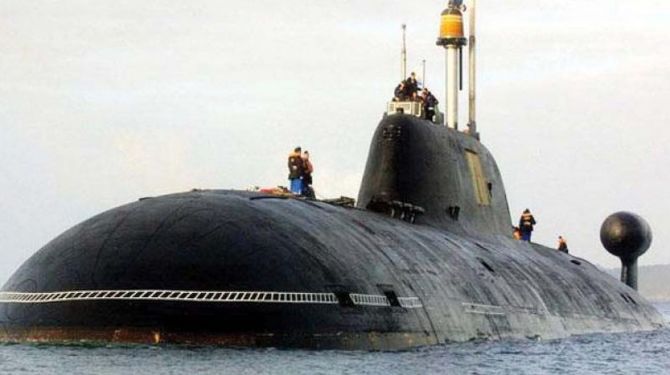 The most common AIP systems use ‘fuel cell technology’, which generates power through the reverse electrolysis of oxygen and hydrogen, with the two elements chemically combining to generate electricity to charge the submarine’s batteries.

Another technology solution for an AIP system is the Phosphoric Acid Fuel Cell (PAFC) technology.

This solution, which DRDO is developing, is more rugged, tolerant of fuel impurities, and offers longer life and efficiency.

However, hydrography (underwater geography) prevents the Indian Navy for opting for an all-conventional, or all-nuclear submarine fleet.

That is because the underwater gradient in the Arabian Sea is so restricted that large nuclear submarines cannot come in close to the shore without scraping against the seabed.

50 kilometres out of Karachi, the seabed is just 50 metres deep, which is too shallow for nuclear submarine operations.

Hence, in the Arabian Sea, conventional submarines — which are significantly smaller than nuclear boats — are essential for submerged operations.

India’s eastern coast, on the Bay of Bengal, however has a sharp gradient that allows even large nuclear SSNs to operate freely just a couple of kilometres out of harbour.

Furthermore, conventional submarines cannot carry out the long transit submerged to patrol areas, such as the Malacca and Sunda Straits.

The Indian submarine project, therefore continues on two tracks: Small conventional submarines for the Arabian Sea and an SSN programme for the Bay of Bengal.

India has made a breakthrough in nuclear-propelled, nuclear armed submarines (SSBN) and the first of them, INS Arihant, is already operationally deployed in deterrence patrols.

More SSBNs are in the pipeline.

However the SSN programme is proceeding only slowly.

An American offer of nuclear propulsion technology, such as the one made to Australia, would be welcomed in New Delhi.

However that would carry the quid pro quo of alliance burdens, a price that India, unlike Australia is unwilling to pay.