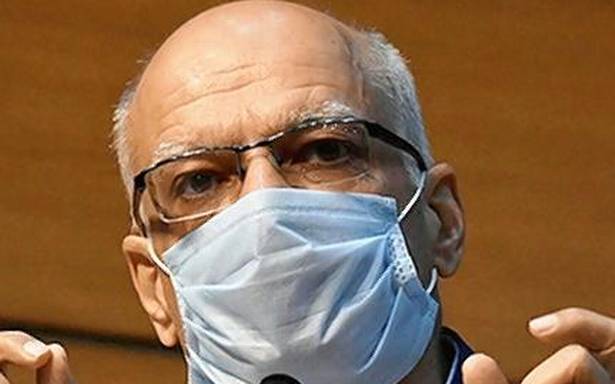 Given the credibility of the numbers projected in the Budget, Tarun Bajaj hoped that the global rating agencies would retain India’s sovereign rating at the existing levels.

India’s sovereign rating should not come under pressure due to surge in fiscal deficit which was mainly on account of higher expenditure to deal with the COVID-19 pandemic, said Economic Affairs Secretary Tarun Bajaj.

Given the credibility of the numbers projected in the Budget, he hoped that the global rating agencies would retain India’s sovereign rating at the existing levels.

As per the latest Budget numbers, India’s fiscal deficit is estimated to be 9.5% of the GDP in the current fiscal and is expected to come down to 6.8% in 2021-22 beginning April 1.

As a result of the impact of the pandemic on the economy, there was moderation in tax collection and an increase in government expenditure resulting in higher borrowing of ₹12.8 lakh crore from the market.

“I don’t think that rating will be under pressure because every country across the world was impacted by the COVID-19 pandemic. This crisis was not only limited to India. Our recovery is faster than in the Western world. The Budget projects a nominal GDP growth rate of 14.5%,” Mr. Bajaj told PTI in an interview.

“They should look at our Budget and the reforms the government has undertaken. The government will engage with them and explain the numbers. We hope that they retain the ratings,” Department of Economic Affairs (DEA) Secretary said.

“Past episodes of rating changes have no or weak correlation with macroeconomic indicators… India’s fiscal policy, therefore, must not remain beholden to a noisy/biased measure of India’s fundamentals and should instead reflect Gurudev Rabindranath Thakur’s sentiment of a mind without fear,” it said.

Global rating agencies have the lowest investment-grade rating on India, which is just above the junk status.

In June, Fitch Ratings revised India’s outlook to “negative” from “stable” and affirmed the rating at “BBB-”, stating that the coronavirus pandemic has significantly weakened the country’s growth prospects for the year and exposed the challenges associated with a high public-debt burden.

Moody’s Investors Service had downgraded India’s sovereign rating to “Baa3” from “Baa2”, saying there will be challenges in the implementation of policies to mitigate risks of a sustained period of low growth and deteriorating fiscal position.

S&P Global Ratings retained the “BBB-” rating for India for the 13th year in a row in June last year.