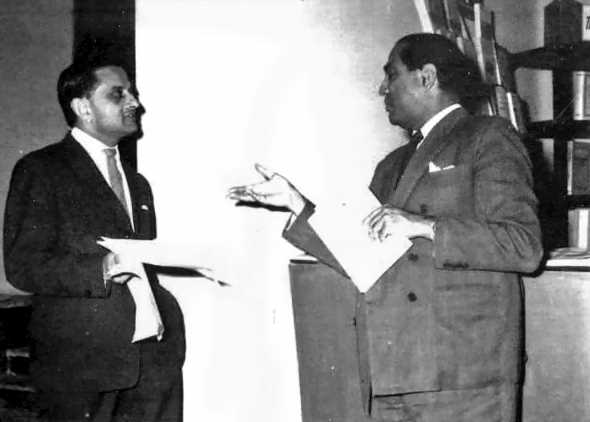 Dr Bhabha and Dr Sarabhai didn’t feel guilty for their ambitions; it was for those ‘mad scientists’ that India is a powerhouse — both at the atomic level and in the vastness of space, observes Kumar Abishek. 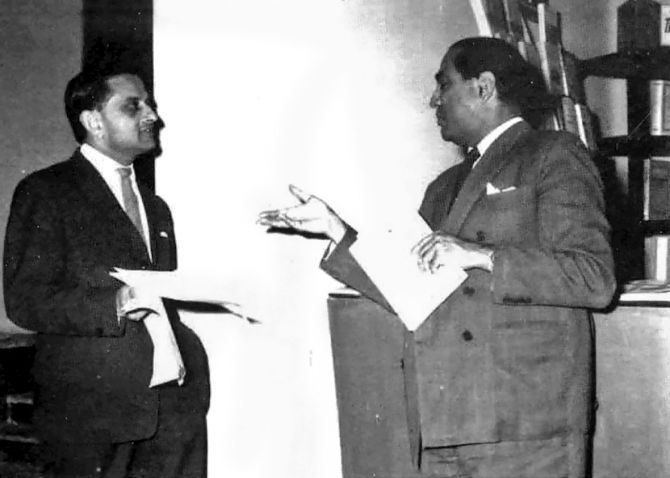 ‘You don’t have to feel guilty for your ambitions, Sarabhai,’Dr Homi J Bhabha (Jim Sarbh) tells Dr Vikram A Sarabhai (Ishwak Singh) in SonyLIV’s Rocket Boys as he tries to dissuade the astronomer from starting the Ahmedabad Textile Industry’s Research Association, and pushes him to focus on his dream to launch India’s first sounding rocket.

As the eight-episode series explores the friendship between the two legendary scientists — while one is the father of the Indian nuclear programme (Dr Bhabha), the other is the pioneer of India’s space research (Dr Sarabhai) — and their ambitions, this column looks to retrace how far we, as a nation, have travelled to fulfil their aspirations.

Quite far but not there yet. 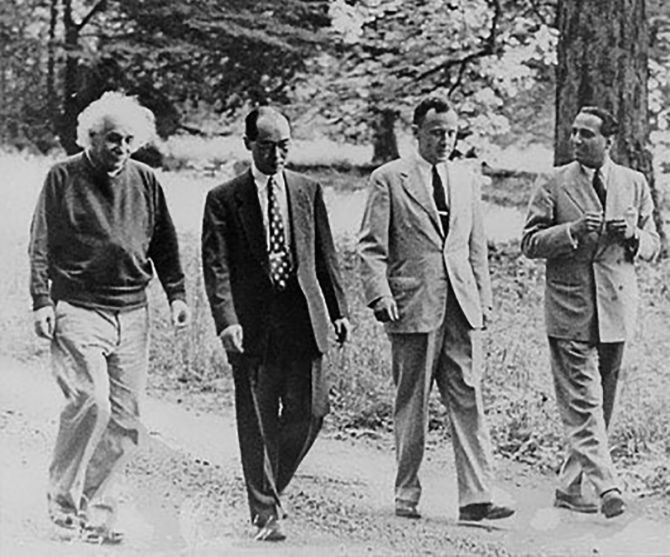 Dr Bhabha’s atomic bomb ambitions often put him at odds with Dr Sarabhai and the first prime minister, Jawaharlal Nehru, for the dangers of weaponisation.

He believed for India to emerge as a power to reckon with, it must develop nuclear capabilities, as well as an atom bomb.

In October 1965, Dr Bhabha announced over All India Radio that if he had the go-ahead, India could develop a nuclear bomb in 18 months.

Sadly, the two-time Nobel Prize nominee died on January 22, 1966, when Air India’s Boeing 707 crashed into Mont Blanc in the Swiss Alps. Many believe the CIA was behind the incident.

But the groundwork was laid and on May 18, 1974, the country conducted its first nuclear test: Smiling Buddha.

Then with three underground nuclear tests at Pokhran on May 11, 1998, and another on May 13, India declared itself a full-fledged nuclear State, thus fulfilling one of Bhabha’s dreams. On the other front, energy self-reliance via atomic power, the progress has been rather slow.

The share of nuclear power generation in India has not exceeded 4 per cent .

There is an acute demand for reliable and cleaner power supplies and nuclear power fits the bill.

In 2021, the government told Parliament that N-power generation capacity would increase to 22,480 MWe (megawatts electric) by 2031.

As of December 2021, India’s nuclear power capacity stood at 6,885 MWe from 23 reactors (world-nuclear.org). Eight are under construction with a combined capacity of 6,028 MWe.

Is that enough? Of India’s 23 N-power reactors, 18 have a capacity of less than 300 MWe; they are small reactors.

In comparison, South Korea has 24 nuclear reactors, with a stated capacity of 23.15 GWe, three times that of India (orfonline.org).

Indeed, we need to do a lot more on N-power generation and make Bhabha’s dream come true. Arguably, scientists at the Indian Space Research Organisation have done enough to make him proud.

From Chandrayaans to Mangalyaan, and from sending record 104 satellites at one go to 27 satellite missions and 25 launch vehicles in the past five years, the Indian space journey has been awe-inspiring.

Chandrayaan-1’s discovery of water on the sunlit side of the moon (Chandrayaan-2 confirmed the presence of water ice in the dark regions) reignited global interest in lunar research and colonisation.

The successful Mangalyaan mission to reach Martian orbit was the reason for both global inspiration and envy: India was the first to do so on its maiden attempt, and that too for merely Rs 7 per km. Of late, challenges are mounting and competition is intensifying.

In a major setback, the Chandrayaan-2 Vikram lander crashed on the lunar surface in 2019; the country’s first human spaceflight mission, Gaganyaan, has been delayed and is now slated for 2023.

With the entry of private companies, such as SpaceX and Blue Origin, and more and more countries lining up their missions, India providing space opportunities on a budget may not be enough.

The country is also planning to set up its space station by 2030.