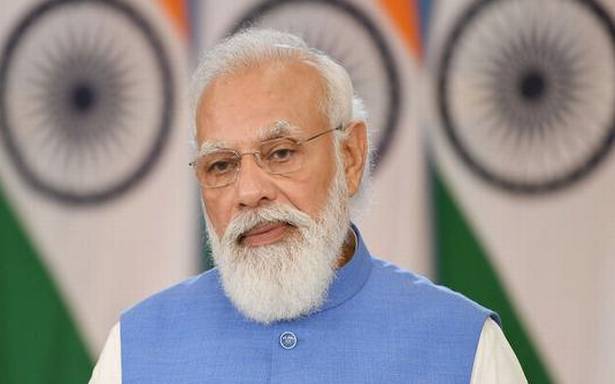 The Prime Minister was greeted by Indian Americans at the airport soon after his plane landed in Washington on September 22, and later at the hotel where he had an interaction with the members of the community

Prime Minister Narendra Modi has commended Indian Diaspora for distinguishing itself across the world as he received a warm welcome from the community on his arrival here.

He was greeted by groups of Indian Americans at the airport soon after his plane landed here Wednesday and later at the hotel where he had an interaction with the members of the community.

“Grateful to the Indian community in Washington DC for the warm welcome. Our diaspora is our strength,” Mr. Modi said in a tweet along with a set of pictures of his interaction with the Indian American CEOs.

“It is commendable how the Indian diaspora has distinguished itself across the world,” Mr. Modi said.

One of the signature events of the Prime Minister’s overseas visit has been his meetings with the diaspora community in large gatherings.

However, due to the current COVID-19 situation, the Prime Mnister is unlikely to have a large gathering or meeting with the diaspora.

Mr. Modi has been popular among Indian Americans, who constitute more than 1.2 percent of the country’s population.

Earlier,  the Prime Minister was received by T. H. Brian McKeon, Deputy Secretary of State for Management and Resources on behalf of the government of the USA.

Exuberant members of Indian diaspora were also present at the Andrews airbase and they cheerfully welcomed Prime Minister, according to a press release by the MEA.