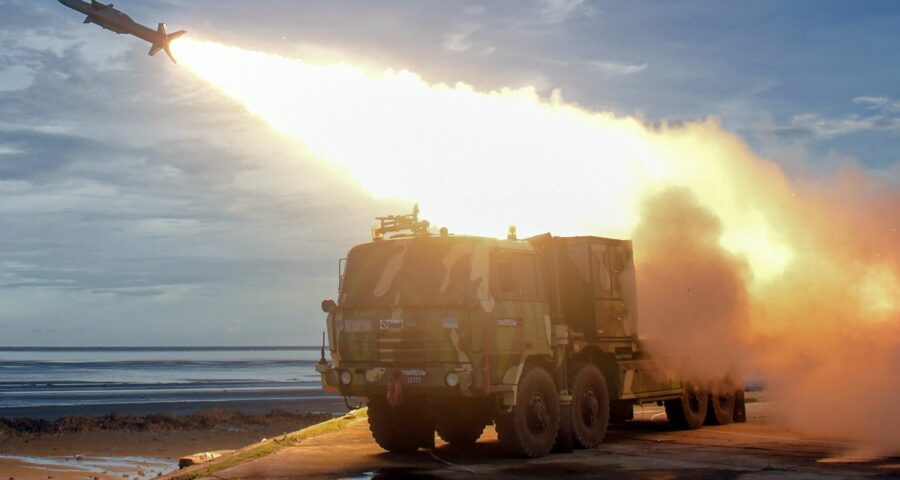 China on Monday said India and Pakistan should hold a dialogue as soon as possible and launch a “thorough investigation” into the recent “accidental firing” of a missile from India which landed in Pakistan’s Punjab province.

Chinese Foreign Ministry spokesman Zhao Lijian, during a media briefing in Beijing, said that Pakistan and India both of them are important countries in South Asia and they share the responsibility to uphold regional security and stability.

Asked by a Pakistani journalist about China’s response on the “accidental firing” of the Indian missile, he said: “We have noted the relevant information”.

“We called on relevant countries to have dialogue and communication as soon as possible and launch a thorough investigation into this incident, strengthen information sharing and establish a notification mechanism in time to ensure the recurrence of such incidents and prevent miscalculation,” Zhao added.

On Friday, the Indian government said it accidentally fired a missile two days back that landed in Pakistan and that the “deeply regrettable” incident was caused by a technical malfunction in the course of its routine maintenance.

India’s defence ministry said that the government has taken a serious view of the incident and ordered a ‘Court of Enquiry’ into it, a day after Pakistan said a high-speed projectile launched from India entered its airspace and fell near Mian Channu in Khanewal district of the Punjab province.

“On March 9, in the course of a routine maintenance, a technical malfunction led to the accidental firing of a missile. The government of India has taken a serious view and ordered a high-level Court of Enquiry.

“It is learnt that the missile landed in an area of Pakistan. While the incident is deeply regrettable, it is also a matter of relief that there has been no loss of life due to the accident,” the defence ministry said in a statement.

On Saturday, Pakistan’s Foreign Office (FO) said it was not satisfied with India’s “simplistic explanation” on the “accidental firing” of the missile and demanded a joint probe to accurately establish the facts surrounding the incident.

The FO summoned the Indian Charge d’Affaires and registered its protest over the “unprovoked” violation of its airspace and said that such “irresponsible incidents” reflected India’s “disregard” for air safety.

Pakistan also called upon the international community to take serious notice of this incident of grave nature in a nuclearised environment and play its due role in promoting strategic stability in the region, the FO said.

Though the statement by India’s defence ministry did not specify the name of the missile, the description given by the Pakistan military indicated that it could be a Brahmos missile.

Ties between India and Pakistan nose-dived after a terror attack on the Pathankot Air Force base in 2016 by terror groups based in the neighbouring country. Subsequent attacks, including one on an Indian Army camp in Uri, further deteriorated the relationship.

The relationship deteriorated after India announced withdrawing the special powers of Jammu and Kashmir and bifurcation of the state into two union territories in August, 2019.

India’s move to revoke the special status of Jammu and Kashmir in 2019 outraged Pakistan, which downgraded diplomatic ties and expelled the Indian High Commissioner in Islamabad.

It also snapped all air and land links with India and suspended trade and railway services.