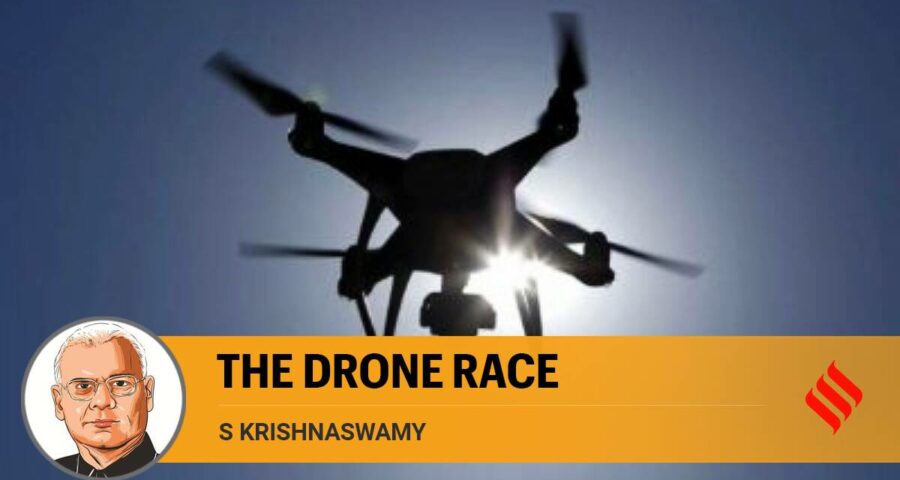 S Krishnaswamy writes: There is a need for intensifying observation 24×7 to track likely places from where drones are launched to attack Indian soil. 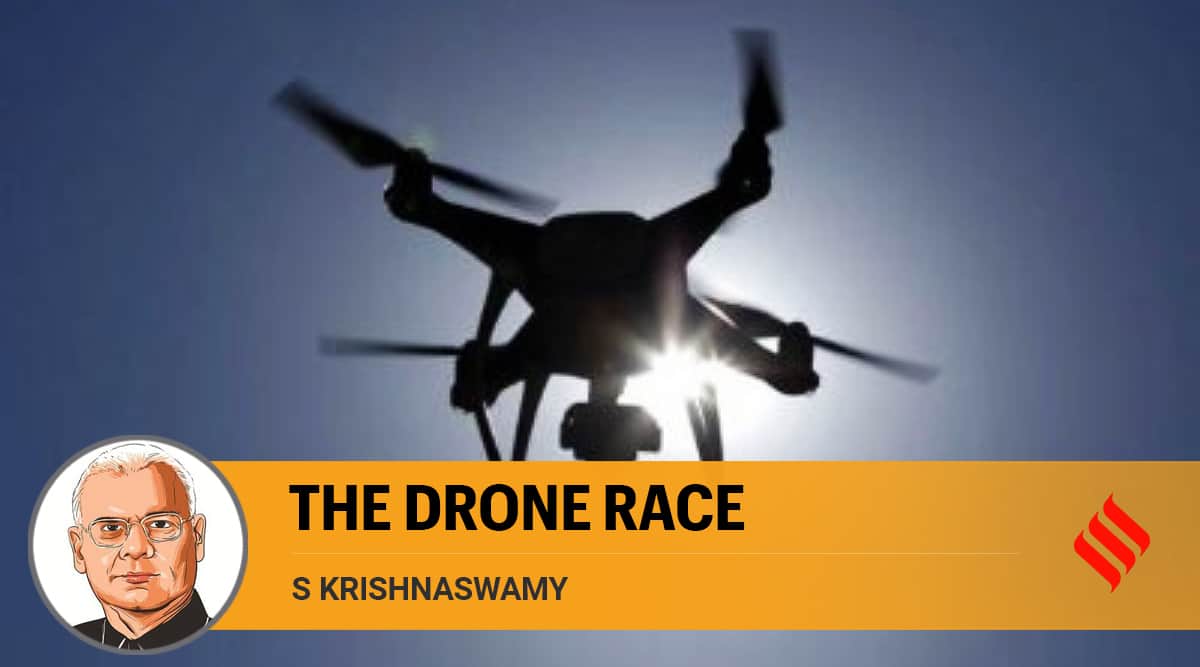 On the night of June 26-27, reportedly a drone dropped two explosive devices on the Jammu airfield. One exploded near the helicopter parking area and the other exploded five minutes later near the Air Traffic Control. Some by-standers were hurt, but no other significant damage was caused. The potential, however, was deadly. It caused some fright and confusion, such as what to protect and how. Invariably, innocents are hurt by such attacks. Is this the new terror weapon?

This audacious attempt has caused a flutter in the defence and security establishments. There were reports of suspected LeT involvement which may point to a possible Pakistan hand. Earlier, many incidents have been reported of drones from Pakistan dropping munitions, rifles and other essentials to support terror activities. Attacking inside an Air Force base with drones is certainly an escalation — in terms of targeting Indian military assets, capability of achieving moderate accuracy and capability to launch offensive missions using drones.

Pakistan has evolved deniability of involvement of its military establishment in drone-based operations against India. The act could well be an attempt by Pakistan to disturb the political process to bring in stability and peace in the region. India cannot afford to ignore the incident just because there were no casualties. It will not be easy to find the point or place from where these were launched. As we have seen in recent clips from Gaza, rockets are launched from trucks and jeeps; they launch and scoot. Similar would be the principle of using drone attacks.

There is a need for intensifying observation 24×7 to track likely places from where drones are launched. These places, one day, must become the target for our military. These drones were possibly of Chinese origin. They could also be from Turkey since they have developed capable UAVs/drones. India must find a way to retaliate and not let them off easily every time.

Some years ago, India and Pakistan were intensely warring with UAVs (Unmanned Aerial Vehicles). Periodically, we picked up some UAVs that crashed on our side. Pakistan also picked up an odd one from India, maybe just one or two. I recall vividly that one of our UAVs was intercepted. After a few minutes of “combat”, the UAV was shot it down. It is now the period of drones. UAVs have now become far more potent with extensive capabilities. India is certainly lagging behind in UAV and drone technology although we keep hearing of the DRDO having come up with a new design etc. They need to work seriously in operationalising their range of UAVs and drones.

For nearly a decade, the Indian military, security forces and the DRDO have been working on UAV/drone technology and the means of engaging drones. In the meanwhile, the drone technology itself has improved dramatically and the costs have come down. We are now exploring delivery of pizza by drone as well as delivery of parcels. There has been significant improvement on payload capacity, endurance and range. Availability has been eased. These days one can buy drones by mail-order. The world over, equipment and methods are being developed to counter drones and the related laws and regulations on owning and flying drones including for commercial purposes are being eased.

One can build drones easily from kits or even from Google. For simplicity, the drone is typically a “Quad-Copter” having four propellers fitted vertically. These can hover and are highly manoeuvrable. UAVs, on the other hand, typically have the structure of an aeroplane with wings and fuselage. They do not hover. Additionally, drones are difficult to detect. They are made of composite plastics and fabric and are not easily detectable by radars. Besides they fly ultra-low, below a 100ft. These can be used for reconnaissance, observation, as well as to carry small payloads, including mail and parcels. Drones can be pre-programmed to reach a target area to hover or deliver or be flown by a remote pilot. Winds and weather affect the flight of drones. The typical payload is between 1 to 25 kg, which could be used by Pakistan in support of LeT/Jaish and other such elements. A few kgs of RDX can do severe damage. We are aware that special lightweight munitions are being developed for use by helicopter/UAV/drone operations that can have penetration capabilities. Such munitions would be more expensive than the cost of UAVs. Pakistan would certainly choose cheaper options since harassment would be their main aim. The country is going up on the ladder towards improving accuracy, payload and destruction capability. It would be cost-effective for Pakistan to launch tens of drones if not hundreds across the border to harass or even cause serious damage by dropping IEDs or crashing into a “target” laden with an IED.

Regrettably, India’s own capabilities to detect drones/UAVs have not yet developed successfully. We have not looked seriously at procuring detection systems and weapons against drones. Scurrying after an attack will not help us. The government must review the status of development of drones, the means of detection and the methods of engagement.

They should form a task force to propose in a time-bound manner actions to be taken to counter drones. Heliborne actions could be initiated to explore options. We are aware of the use of helicopters to detect and engage UAVs. Experiments are being made to track, using optical or infra-red means or multi-sensors including sound. Efforts need to be accelerated to ensure detection, although detection alone may not be enough. We also need to find ways to engage them.

This column first appeared in the print edition on June 29, 2021 under the title ‘The drone race’. The author is former Chief of Air Staff